On Thursday (September 12), President Donald Trump’s administration announced the repeal of a water regulation from President Barack Obama’s tenure that gave the Environmental Protection Agency broader control of waterways and set limits on pollutants. The 2015 regulation, called the Waters of the United States rule, clarified the definition of “waters of the United States” under the Clean Water Act and allowed for greater government control of lakes, streams, and wetlands.

The rule was designed to limit pollution in 60 percent of waterways, which included sources of drinking water for one-third of the United States. Now, farmers will no longer need a permit to use chemical pesticides and fertilizers that could flow into waterways, reports The New York Times.

Supporters of the repeal saw the regulation as government overreach. For those who hold that view, “this is an opportunity to really drive a stake through the heart of federal water protection,” Vermont Law School professor Patrick Parenteau tells the Times.

Trump called the 2015 rule “destructive and horrible” in February 2017, reports The Washington Post. Before the repeal, the regulation was in effect in 22 states, while temporarily blocked by court rulings in 28 states. The Environmental Protection Agency (EPA) is expected to issue a replacement regulation later this year. “We want to make sure that we have a definition that once and for all will be the law of the land in all 50 states,” Andrew Wheeler, EPA administrator, said in a September 12 news conference, according to the Post.

Critics of the repeal say that it will cause protections to be stripped away from some streams and wetlands. “The administration wants to go back to an era where we are destroying wetlands heedlessly,” Robert Irvin, president of the nonprofit organization American Rivers, tells the Post. 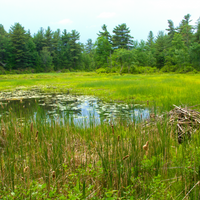