President Donald Trump issued an executive order on Friday (June 14) to cut back the number of advisory committees by at least a third by the end of September, according to a statement from the White House. The federal advisory committee system is the formal structure for government agencies to seek advice from experts including scientists.

There currently are more than 1,000 committees that report to about 50 agencies, according to CNN. The executive order states that new committees may not be formed if an agency has more than 350 already in place.

The executive order calls for government agencies to “evaluate the need” for each advisory committee. “A government-wide review of FACA [Federal Advisory Committee Act] committees has not been done since 1993, and the President believes it is time to once more review and eliminate ones that are not relevant and providing valuable services so that we are good stewards of the taxpayers’ money,” says White House press secretary Judd Deere to CNN.

The number of science advisory committees decreased by 20 percent between 2016 and 2017, and committee membership declined by 14 percent, according to a study by the Union for Concerned Scientists (UCS). “Now they’re removing the possibility of even making decisions based on robust science advice,” Gretchen Goldman of the Center for Science and Democracy at UCS says in a statement.

“My view is that although it makes sense to take stock and consider the costs and benefits of advisory committees currently in operation—just as past administrations have—setting arbitrary caps and targets for reduction is difficult to defend if one’s goal is to ensure that government decisions are well informed,” public policy expert Stéphane Lavertu of Ohio State University tells BuzzFeed News.

The government may end up depriving its agencies of expertise needed for making decisions. “Results are either going to be that we will limit the amount of advice our agencies are getting on these important issues, or by doing this we will drive this advice back into the shadows,” says Sean Moulton, a senior policy analyst at the Project on Government Oversight, to CNN. 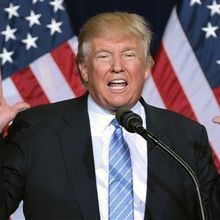 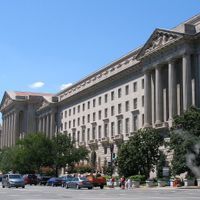