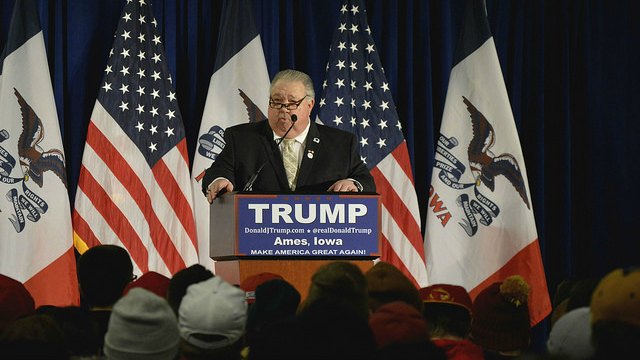 FLICKR, ALEX HANSONPresident Donald Trump has selected Sam Clovis, a former economics professor and  advisor to Trump’s campaign as undersecretary for research, education, and economics at the Department of Agriculture (USDA). Clovis has been serving as a White House advisor to the USDA since January.

Clovis earned a doctorate in public administration, taught economics at Morningside College in Iowa, and spent 25 years in the Air Force, according to a White House announcement.

Unlike previous undersecretaries, Clovis does not have expertise in science or medical research. As ProPublica reported in May, “Clovis is better known for hosting a conservative talk radio show in his native Iowa and, after mounting an unsuccessful run for Senate in 2014, becoming a fiery pro-Trump advocate on television.”

Science advocates are calling the choice illegal because of Clovis’s lack of relevant experience—which is expected based on federal law, according to the Union of...

Clovis, who will act as USDA’s chief scientist, does not buy the data on climate change. Clovis told Iowa Public Radio in 2014 that, as far as climate change is concerned, “a lot of the science is junk science. I could probably be convinced but right now I’m not.”

Clovis has the support of Agriculture Secretary Sonny Purdue. He praised Clovis as “a trusted adviser and steady hand as we continue to work for the people of agriculture. He looks at every problem with a critical eye, relying on sound science and data, and will be the facilitator and integrator we need,” according to a statement quoted by Agri-Pulse.