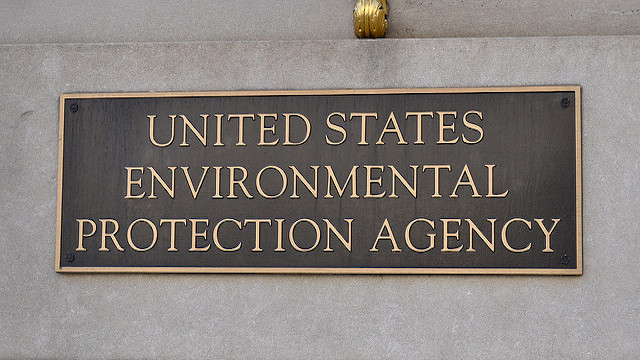 Update (December 14): After facing strong opposition, Dourson notified the Trump administration that he was withdrawing his bid for the EPA safety position yesterday (December 13). All 48 Senate Democrats and two Senate Republicans were against Dourson’s nomination, citing concerns about his past work for the chemical industry.

“I sincerely believe he is the wrong person to hold this important position, and it’s become clear that, even with a Republican majority in the Senate, he could not be confirmed,” Senator Thomas Carper (D-DE) says in a statement. “Dourson, an individual who has spent most of his career promoting less protective chemical safety standards, had no business overseeing our nation’s chemical safety laws.”

“We are deeply concerned over the nomination of Michael Dourson to head the toxics office at EPA,” Richard Denison, lead senior scientist at the Environmental Defense Fund, an environmental advocacy group, wrote in a recent blog post. “Unfortunately, this nomination fits the clear pattern of the Trump Administration in appointing individuals to positions for which they have significant conflicts of interest.”

A key concern regards TERA (Toxicology Excellence for Risk Assessment), a consulting firm that was founded by Dourson in 1995. A 2014 investigation by InsideClimate News and the Center for Public Integrity found the firm had close ties to the chemical manufacturing and tobacco industries.

“Jesus hung out with prostitutes and tax collectors. He had dinner with them,” Dourson told InsideClimate News in 2014 to defend his decision to work with the tobacco industry. “We’re an independent group that does the best science for all these things. Why should we exclude anyone that needs help?”

Adam Finkel, a clinical professor of environmental health sciences at the University of Michigan, tells Buzzfeed that he ran into disagreements with Dourson when they worked together on critiquing a set of recommendation from the National Academy of Sciences on calculating chemical risk. He adds that the pair did not agree on best methods, and that Dourson tended to “think that the EPA overestimates risk.”

Bob Sussman, a former EPA deputy administrator and senior policy counsel to the EPA administrator, tells Bloomberg BNA in an email, “We need someone at the helm who will provide leadership in addressing chemical risks, despite industry pressures to block action. Dourson’s record raises questions whether he will provide that kind of leadership.”

On the other hand, William Jordan, retired deputy director of the EPA’s pesticide program, was more optimistic about the nominee. “Not only does he bring a lifetime of experience working on human health risk assessment issues, but he is familiar with EPA, serving in the Office of Research & Development, as well as a detail in EPA’s Office of Pesticide Programs,” he told Bloomberg BNA in an email.