he White House released its 2020 budget proposal yesterday (March 11) and, for the third year in a row, President Donald Trump has recommended significant slashes to the budgets of science agencies including the National Institutes of Health and the National Science Foundation.

In total, the proposed budget would cut R&D spending by 11 percent, ScienceInsider reports. In a statement from the White House Office of Science and Technology Policy (OSTP), Trump’s science adviser Kelvin Droegemeier calls the draft budget “an important down payment on America’s future,” according to ScienceInsider. But not everyone agrees with that sentiment.

“[Such cuts] would derail our nation’s science enterprise,” Rush Holt, CEO of AAAS (which publishes Science), tells ScienceInsider. Benjamin Krinsky, associate director for legislative affairs at the Federation of American Societies for Experimental Biology in Rockville, Maryland, agrees. “I think it would be a disaster for science if it was enacted,” he tells Nature.

Here is a breakdown of some agencies’ proposed 2020 budgets, compared with their allotments for 2019:

The draft is just the beginning of 2020 budget talks, however, and lawmakers are not likely to accept many of the proposed cuts. Trump has proposed cuts to the NIH budget for the past two years as well, and Congress rejected them on both occasions. “The White House budget does not carry the weight of law and, in the past decade, has often gone largely ignored by Congress,” STAT News reports.

Trump’s proposed budget does include a few increases, for example, $600 million to NASA for moon exploration and an $85 million increase for the US Department of Agriculture’s competitive grants program, the Agriculture and Food Research Initiative. 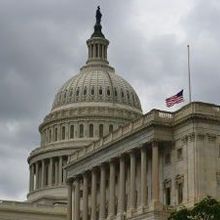