Citing a 13 percent unemployment rate in the US, President Donald Trump has curtailed certain immigration visas through the end of the year in a sweeping executive order that will affect hundreds of thousands of potential employees looking to work in the United States.

In addition to extending an existing ban on new green card holders, the largest target of the order is the H-1B visa, used by universities and tech firms to hire skilled workers and researchers from other countries. The United States issued more than 188,000 H-1Bs in 2019, according to Nature. Together, the collective restrictions detailed in the order could block as many as 525,000 potential workers from coming to the US.

A recent report from the National Science Foundation found that 30 percent of science and engineering jobs in the United States were held by foreigners.

Trump’s order prompted criticism by graduate student organizations and companies such as Apple and Google. While the executive order cited economic hardship brought on by the pandemic—claiming the “extraordinary circumstances” required the prioritization of American workers—opponents say it feeds into a larger pattern by the administration of curbing immigration that will not necessarily lead to more work for Americans.

“Putting up a ‘not welcome’ sign for engineers, executives, IT experts, doctors, nurses and other workers won’t help our country, it will hold us back,” Thomas Donohue, the chief executive of the US Chamber of Commerce, tells The New York Times. “Restrictive changes to our nation’s immigration system will push investment and economic activity abroad, slow growth and reduce job creation.”

Other visas targeted by the order include the H-4 visa for dependent spouses, H-2B visas for lower-skilled, seasonal workers, and L visas used by international companies to transfer managers and executives between offices. Certain J visas issued for academic and cultural exchanges, including camp counselors, work-study interns, and au pairs, have also been curtailed.

The new restrictions do not apply to visa holders already living in the US or to those issued valid visas while outside the country. In addition, certain groups, such as scholars applying for J-1 visas, seasonal farm workers, or medical professionals studying COVID-19, will be granted exemptions by officials, according to Nature.

In addition, the order spared international students participating in what is known as the optional practical training (OPT) program, which allows them to work temporarily in jobs related to their field after graduation. The Chronicle of Higher Education described the program as a “powerful recruitment tool.” More than 223,000 students—one out of five student-visa holders—participated in OPT in 2018.

Among those pleased with the order is Jessica Vaughan, the director of policy with the Center for Immigration Studies, a think-tank in favor of curbing immigration. She tells The New York Times that the suspension of visas “will put the thumb on the labor market scale in favor of US workers,” giving them a competitive edge.

Peter Kilpatrick, the provost of the Illinois Institute of Technology, tells the Chronicle it’s not necessarily an even exchange. Even as the job market crashed under the pandemic, he says, more than 2.5 million STEM jobs remain unfilled. “You can’t wave a magic wand and turn all these unemployed workers into STEM-trained workers with graduate degrees.” 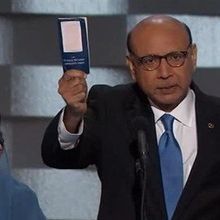 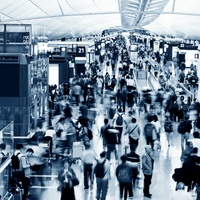 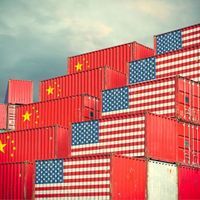