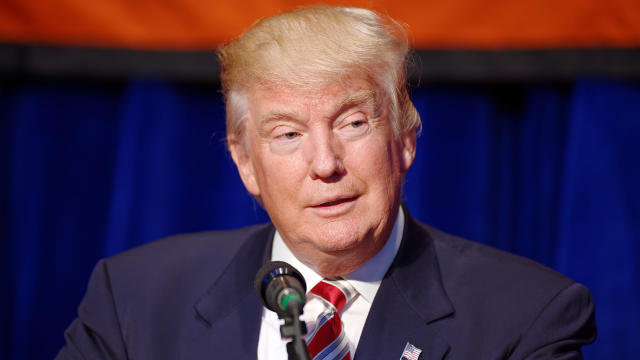 WIKIMEDIA, MICHAEL VADONIn mid-November, pollster John Zogby sought to reassure nervous researchers. “The important thing is that you should not assume that you’re screwed,” he said at a Research!America briefing on the state of health, science, and research under Trump. “You must go on and understand that medical health care research is vital, and that folks do understand it, and that there probably are a million other places that can be cut.”

But since the November election that saw the real estate magnate and former reality TV star claim the presidency, scientists have been coming out in droves to voice their concern that the new administration could spell shrunken federal research budgets, reneged climate change accords, or worse. Many of the expressions of concern have been coming in the form of open letters. As of today (December 6) there are at least four such letters circulating online.

Another open letter, hosted at change.org, calls out Trump’s views on climate change, which have been less clear since the election. “We, the undersigned, urge you to take immediate and sustained action against human-caused climate change,” the letter opens. “At this crucial juncture in human history, countries look to the United States to pick up the mantle of leadership: to take steps to strengthen, not weaken, this nation’s efforts to tackle this crisis. With the eyes of the world upon us, and amidst uncertainty and concern about how your administration will address this issue, we ask that you begin by taking the following steps upon taking office.” The letter continues by listing six key aspects of climate change policy.

The most strongly worded of these online statements is hosted at notwhoweare.org and is currently signed by more than 1,300 scientists. “As members of the scientific community, we invite our colleagues to stand together in making it clear that Donald Trump's views on many pressing topics are at odds with scientific reality and represent a dangerous rejection of scientific thinking. There should be no place for this kind of rhetoric—or this kind of attitude toward expertise itself—in the halls of government,” that letter reads. “Join us in saying: Donald Trump is not who we are.” The letter goes on to cite some of Trump’s more anti-science comments, including statements that suggested a link between vaccines and autism, and calling climate change a “hoax.”

The Twitterverse has also played a prominent role in disseminating researches’ concerns about the coming Trump Administration and the GOP-dominated Congress. Last week (December 1) when a House of Representatives Committee on Science, Space, and Technology tweet quoted a misleading breitbart.com article headlined, “Global Temperatures Plunge. Icy Silence from Climate Alarmists,” scientists on Twitter condemned the move. Mount Desert Island Biological Laboratory geneticist Karen James responded with a public Facebook post: “The House of Representatives Committee on Science, Space, and Technology just tweeted a heinously misleading Breitbart piece claiming recent warming was just an El Niño thing , because look how La Niña is already kicking in to erase it and settle us back into a climate change hiatus (which doesn't exist), and therefore greenhouse gas emissions from human activity don't cause climate change… or something like that,” she wrote. “It's so, so wrong for so many reasons, mainly that greenhouse gas emissions and naturally occurring climate cycles like El Niño aren't mutually exclusive possible causes of longer term global warming; rather, they can and do interact/co-occur. I feel very sorry for the climate scientists and agencies whose work was twisted… no, mutilated both in this and in the Daily Mail article it cites as a source.”

Elsewhere, researchers are urging their colleagues to demonstrate to voters that science matters in their daily lives. “Scientists and scholars must continue to articulate the value of supporting research. Some of that value has and will continue to come from technology transfer—in the form of commercialized products or health-related advances,” MIT professor David Kaiser told Nature. “But there is also a real need to raise awareness about the less-tangible, long-term benefits that are less evident to taxpayers and politicians.”

“The sciences and humanities must join forces and push back. We must reinstate Enlightenment values—modulated now by an appreciation of their social nature—in politics and culture,” Nathaniel Comfort, a Johns Hopkins University researcher told Nature. “Together we can restore trust in expertise, by re-enrolling non-experts in our projects. Make the public once again feel invested in knowledge. Speak truth to power.”

Other pundits have been offering dire predictions about the fates of several federal science agencies under President Trump. “Forrest Lucas would be a declaration of war on animal welfare and conservation,” Wayne Pacelle, CEO of the Humane Society of the United States, told National Geographic, referring to one of the people Trump is reportedly considering to helm the Department of the Interior. “He has the most extreme views on animal issues of any name advanced in a serious way for interior secretary.” The US Food and Drug Administration is also bracing for Inauguration Day. “Between a Trump presidency and a radically pro-business Congress, the next few years may see a removal of numerous consumer protections,” Michael Jacobson, cofounder and president of the Center for Science in the Public Interest, told STAT. Tom Price, the Republican Congressman from Georgia that Trump has tapped to lead the Department of Health and Human Services, has publicly advocated for cutting overall federal spending and has been somewhat equivocal on President Obama’s Cancer Moonshot. “We’re all in favor of increasing funding for cancer research,” Price told STAT earlier this year. “The problem that the administration has is that they always want to add funding on, they never want to decrease funding somewhere else. That’s what needs to happen.”

Some scientists did come out as Trump supporters during the hard-fought election season. William Briggs, a Cornell University statistician told Nature that he appreciated Trump’s downplaying of science issues throughout his campaign. “The federal government has become far too involved in setting the scientific agenda,” he said about a month before the election. “I think Hillary would worsen that.” Stanley Young, a bioinformatician at the National Institute of Statistical Sciences in Research Triangle Park, told Nature that Trump’s anti-establishment stance might actually be good for the research enterprise. “The popular impression I get is Clinton would go forward with business as usual and Trump is likely to upset things a bit,” he said. “There’s a lot that could be improved in science.” That same Nature article quoted other Trump-supporting researchers, who chose to remain anonymous or use a pseudonym. “The current status quo seems like it’s not working for a lot of Americans,” a pro-Trump chemist at the University of Pittsburgh in Pennsylvania said. “I’m hopeful for a modest improvement, and that’s about as much as I can hope.”

Cautiously optimistic science advocates also point to the fact that Newt Gingrich, former House Speaker who has emerged as one of Trump’s top advisers, has a track record of urging support for healthy National Institutes of Health budgets.

Trump’s and Pence’s anti-immigration stances, which have remained relatively constant since November, have also aroused worry in the ranks of researchers. “If you start eliminating a pool of talented scientists, you will slow the discovery machine,” recent Breakthrough Prize winner and immigrant Huda Yahya Zoghbi told STAT. “The world will suffer.”

Underlying all the political rhetoric sending waves of agita through the scientific community, the uncertainty of where President Trump will land on key scientific issues seems to be the root of the concern. “Some scientists have expressed fear about how Trump’s presidency will affect research in the United States,” wrote a quartet of science journalists in Nature. “The president-elect has questioned the science underlying climate change and has linked autism to childhood vaccinations; his vice-president, Indiana governor Mike Pence, does not believe in evolution or that human activities have caused climate change.”

“But it’s hard to draw any conclusions about Trump’s views on science, given his limited comments on such issues during his presidential campaign. . .,” they add.