Two species of yeast, one of which is used in the biotechnology and food industries to make bioethanol and sourdough bread, while the other causes yeast infections, have been found to be one and the same, according to research published in PLOS Pathogens today (July 19). And, the researchers report, fungi from both settings are similarly resistant to antifungal drugs.

“The authors note in the discussion that this suggests that working with this species in an industrial setting may pose a risk of infection to some individuals, that is those who are immunocompromised,” writes Christina Cuomo, the group leader for the Fungal Genomics Group at the Broad Institute of MIT and Harvard who was not involved in this study, in an email to The Scientist.

Clinically, the yeast goes by the name of Candida krusei and is responsible for 2 percent of invasive candidiasis infections globally. This species is naturally resistant to the first line of treatment against yeast infections usually employed by doctors: fluconazole. “The frequency of infections with non-albicans Candida species that are naturally resistant to antifungal drugs such as fluconazole are on the rise,” writes Anja Forche, who studies a different species, C. albicans at Bowdoin College and was not involved in this research, in an email to The Scientist. In immunocompromised individuals who fall victim to yeast infections, fluconazole use leaves behind only resistant species such as C. krusei.

“It is important to study C. krusei because population increase, climate change, and closer ties than ever between countries, makes the spread of fungi and the emergence of novel fungal pathogens . . . and its spread across the globe, an ever present possibility,” writes Erwin Lamping, who studies C. krusei at the University of Otago in New Zealand and was not involved in this work, in an email to The Scientist.

In 1980, Cletus Kurtzman, known as the father of modern yeast taxonomy, and his colleagues claimed that C. krusei was merely the asexual form of a known sexual species, Pichia kudriavzevii. The latter is considered safe by US Food & Drug Administration standards and is traditionally used to make a number of fermented foodstuffs and craft beers. The biotechnology industry also uses the yeast to make bioethanol and other chemicals used in the laboratory.

Nevertheless, for decades, scientists have considered them different species. “Candida is simply an old name for any yeast species that doesn’t have a sexual cycle or where you can’t observe a sexual cycle,” says coauthor Kenneth Wolfe, a professor of genomic evolution at University College Dublin in Ireland. Historically, in the days before genetic sequencing, scientists used a number of morphological and biochemical tests to determine whether a species liked a specific temperature, sugar, and other environmental conditions to classify them into a specific genus. “Candida is this kind of like a huge trash can of species which people traditionally weren’t able to identify,” adds Wolfe.

The differences in the appearance of the sexual and asexual forms of the species and the underdeveloped nature of molecular methods were likely responsible for the varying names of the same organism. “It’s too common in fungi,” says Antonis Rokas, a comparative fungal genomics expert at Vanderbilt University who was not involved in this study. However, things are changing, with greater efforts being made “to use as many lines of evidence as we can” when identifying a fungal species.

To test Kurtzman’s theory, Wolfe and his colleagues set out to compare the genomes of the two species, expecting to find a “close relationship.” They sequenced the genomes of 30 clinical and environmental isolates of the fungi as well as their type strains—the frame of reference for a species’ characteristics.

“With 99.6% sequence identity between the two type strains it is clear that clinical and environmental strains are the same species,” Forche writes.

Besides being called C. krusei, P. kudriavzevii has a number of aliases. Scientists suggest this may have resulted from an absence of cross-talk between medical and industry professionals who have been unknowingly working on the same organism. According to Wolfe, more efforts are being made to increase communication. And with better genetic sequencing methods, these misconceptions are less likely to happen as well. 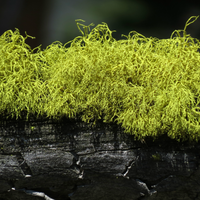 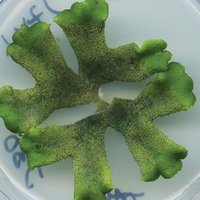