At the University of California, Los Angeles, and California State University, Los Angeles, more than 300 students and staff are under quarantine after potentially being exposed to measles. Those quarantined either have not been vaccinated or cannot verify immunity against measles and have been asked to stay home, avoid contact with others, and report any symptoms to health officials, the Associated Press reported yesterday (April 25).

Measles cases in the US have hit a record high, surpassing the numbers reported any year since the disease was eradicated in 2000. As of Wednesday (April 24), 695 cases had been confirmed, mostly in unvaccinated children.

The most cases appear in New York and Washington State. California has reported 38 cases.

The quarantine at the universities is tied to a small measles outbreak in LA County including cases linked to overseas travel.

Students and staff at the University of California, Los Angeles, were exposed to measles earlier in April and 127 individuals were ordered into quarantine on Wednesday, Reuters reports. The quarantine there is expected to end Tuesday (April 30). At California State University, Los Angeles, employees, including some students, were possibly exposed to measles at a library on campus on April 11. The quarantine there included up to 200 individuals and is slated to end in a week.

“Both universities are assisting with the implementation of quarantine orders and determining how best to support students who must be quarantined and who live on campus,” the Los Angeles County Department of Public Health says in a statement, according to Reuters. 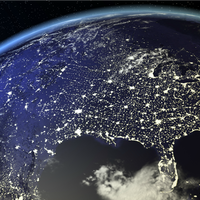