As early as the 1990s, researchers proposed that a very common type of herpes virus—then known as human herpesvirus 6 (HHV6)—could be somehow involved in the development of multiple sclerosis, a neurodegenerative disease characterized by autoimmune reactions against the protective myelin coating of the central nervous system.

However, the association between HHV6 and the disease soon became fraught with controversy as further studies produced discordant results. Complicating matters further, HHV6 turned out to be two related, but distinct variants—HHV6A and HHV6B. Because the two viruses are similar, for a while no method existed to tell whether a patient had been infected with one or the other, or both—making it difficult to draw a definitive association between either of the viruses and the disease.

I hope we rewoke the interest in this virus.

Now, a collaboration of European researchers has developed a technique capable of distinguishing antibodies against one variant from the other. Using that method in a Swedish cohort of more than 8,700 multiple sclerosis patients and more than 7,200 controls, they found that patients were much more likely to carry higher levels of anti-HHV6A antibodies than healthy people, while they were likelier to carry fewer antibodies against HHV6B. The findings, published last November in Frontiers in Immunology, hint that previous contradictory results may at least be partially explained by the fact that researchers couldn’t distinguish between the two viruses.

“This article now makes a pretty convincing case that it is HHV6A that correlates with multiple sclerosis, and not HHV6B,” remarks Margot Mayer-Pröschel, a neuroscientist at the University of Rochester Medical Center who wasn’t involved in the study. “Researchers can now focus on one of these viruses rather than looking at [both] of them together.”

See “Can Viruses in the Genome Cause Disease?”

HHV6A and HHV6B are two of eight herpesviruses known to infect people. More is known about the HHV6B variant, which most people catch as infants. It causes a brief rash-fever illness known as roseola. Both viruses typically fall dormant after the initial infection, sometimes re-activating later in life. Luckily for researchers, antibodies against them linger in the blood well into adulthood.

Through a careful analysis of the two viruses, researchers at the German Cancer Research Center in Heidelberg were able to identify a particular protein—known as immediate-early protein 1 (IE1)—that differed between the two variants.

Along with other research groups, they turned to a cohort of 8,742 Swedish multiple sclerosis patients who were enrolled in long-term studies of the disease and whose blood serum had been collected at the Karolinska Institute. They measured serum concentrations of antibodies for the IE1 protein, and then compared them with antibody concentrations in a cohort of 7,215 healthy, age-matched control individuals. Their analysis revealed that a positive association between HHV6A antibody concentrations and multiple sclerosis, whereas there was a negative association between HHV6B antibody levels and the disease.

The team also examined the relationship between the HHV6A antibody concentrations and other known risk factors for multiple sclerosis, including the presence of antibodies against another herpesvirus called Epstein-Barr virus (EBV). Interestingly, individuals who carried high levels of antibodies against both EBV and HHV6A were more even more likely to have been diagnosed with multiple sclerosis than those who carried high levels of anti-HHV6A antibodies alone, suggesting a possible interplay between the two pathogens. The team also found a relationship with known genetic risk factors for the disease.

“It seems like there is an interaction with the other risk factors,” says coauthor Anna Fogdell-Hahn, a neuroimmunologist at the Karolinska Institute’s Center for Molecular Medicine. To her, the findings bolster the notion that it is a confluence of multiple factors that leads to the disease, and that HHV6A might be one of them.

HHV6A activity as a cause or consequence of MS?

How HHV6A might trigger or contribute to the disease is unclear, but Fogdell-Hahn has some theories she’s planning on exploring in future research. While both HHV6A and HHV6B infect neurons, HHV6A differs in that it infects oligodendrocytes, the cells that generate the protective myelin sheath around neurons and are thought to be targeted by the autoimmune reactions of multiple sclerosis. When HHV6A reactivates and proliferates, it could borrow particular proteins from its oligodendrocyte host cells, Fogdell-Hahn speculates. And when certain immune cells then catch the pathogen and present the virus’ proteins to other immune cells, they might mistakenly present the body’s own oligodendrocyte proteins, and thereby trigger autoimmune reactions, she speculates.

Treatments exist for multiple sclerosis, but they all work by suppressing the immune system, leaving patients more vulnerable to other infections, Fogdell-Hahn notes. “We should not give up the ambition to try to really understand what starts the disease,” she says.

Steven Jacobson, the chief of the viral immunology section at the National Institute of Neurological Disorders and Stroke, who has collaborated with Fogdell-Hahn in the past but wasn’t involved in the current study, is impressed by the sheer size of the study, which gives the findings statistical power. “Very few of us have done studies in 15,000 . . . individuals. That to me is a real strength,” he says. Without such large numbers, it’s difficult to uncover firm associations between relatively rare diseases and viruses that nearly everyone carries.

One important question, he notes, is whether HHV6A is simply reactivated as a result of the inflammatory symptoms of multiple sclerosis, rather than a contributor to the disease. To Mayer-Pröschel, some of the team’s results hint at a contributing role. In a separate analysis based on a different cohort of patients whose blood samples had been taken before they developed the disease, the researchers found higher concentrations of anti-HHV6A antibodies compared to control individuals who never developed the disease. If reactivation of HHV6A were a mere consequence of the disease, one would expect patients at the most advanced stages to have the highest antibody response. However, “it was exactly opposite: the youngest patients who had not yet [developed] the pathology had a very robust HHV6A-specific [antibody] response. I thought that was enlightening,” says Mayer-Pröschel.

Still, one would need an interventional study to prove a causative role for the virus, Jacobson says—for instance by blocking the virus and investigating whether the patients’ symptoms improve. But that’s easier said than done, he notes. “There are really not very great antiviral drugs out there, and it’s almost a catch 22 [situation where] you need the antiviral drug to show this effect on the disease, but until you show that the virus has something to do with the disease, no one is going to make the antiviral drug.” Nevertheless, the new research is a step in the right direction, he notes.

The biggest effect of the study, Mayer-Pröschel says, is that it may attract further funding to studying HHV6A—a field some say has been largely neglected by funding bodies. Fogdell-Hahn agrees. “I hope we rewoke the interest in this virus,” she says. “There’s so many things that we want to do.” 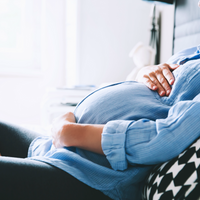 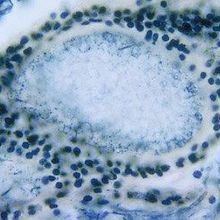 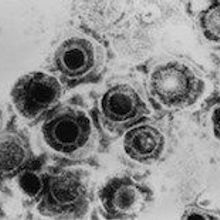