ABOVE: Nine of the professors who signed the letter are at the University of California, Berkeley.
© ISTOCK.COM, ALANTOBEY

Faculty members at a number University of California schools have stopped serving on the editorial boards of journals published by Cell Press in protest of its parent company, Elsevier, not having reached a deal with UC for access to its publications. The 31 signatories of a letter to Elsevier, posted yesterday (August 7) online, write that unless Elsevier and UC can agree upon a new contract, they will not serve on the boards of Cell, Neuron, Immunity, Current Biology, and others.

“This is a way of drawing attention to the issue,” Matthew Welch, a UC Berkeley molecular and cell biologist who helped draft the letter, says in a press release. He had served on the editorial board of Cell. “This is not going to affect the day-to-day operation of the journals in a tangible way, but it would send a message to the journals that we don’t have to participate in this process if the university is unable to successfully negotiate with them in good faith. We have lots of other choices, as far as where we exert our efforts and submit our papers.”

Welch is joined by a number of prominent scientists: Jennifer Doudna, Elizabeth Blackburn, Kathrin Plath, and Rebecca Heald, for instance.

The UC system is among a number of academic groups that has failed to reach an agreement with Elsevier in recent years, including in Norway, Sweden, and Germany. While money has been a factor in finding agreeable contracts, open-access goals pushed by universities have also been sticking points. UC had wanted a payment structure so that scholars would be able to publish articles and make them freely available to readers in one fee.

Elsevier and UC underwent eight months of negotiations, but could not agree upon a new pricing and publishing arrangement by the end of 2018, when the universities’ contract expired. New articles have not been available for UC staff and students to access since July 12.

In a statement emailed to The Scientist, Cell Press says it is “saddened” by the professors’ move and refers readers to online information about the negotiations. “We are sorry for the inconvenience and remain optimistic that California Digital Library and Elsevier will be able to work together to find a solution that supports UC’s goals in a sustainable way.” 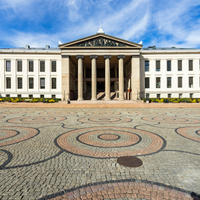