The University of California, Santa Cruz, fired 54 graduate student employees from their teaching positions on Friday (February 28), in the latest escalation of a months-long dispute over student pay, the Santa Cruz Sentinel  reports. The students, who have been on strike since December after the university resisted requests to increase pay to better match the area’s cost of living, had refused to return thousands of grades from the fall quarter—actions that the university has strongly criticized.

“Your abandonment and sustained willful dereliction of your job responsibilities as a Teaching Fellow constitutes serious misconduct,” reads the dismissal letter, signed by the UCSC’s acting vice provost and dean of graduate studies, Quentin Williams. It continues, “Your conduct has harmed graduate students and disrupted University operations.”

In addition to the 54 students who received dismissal letters, a further 28 who also failed to return grades received notices that the university would not consider them for spring teaching positions, Inside Higher Ed reports.

The dispute began over a contract negotiated between the University of California and United Auto Workers Local 2865, which represents the employment rights of graduate students throughout the UC system, according to the Sentinel. That deal, which stipulated a 3 percent increase in students’ pre-tax salary to $2,400 per month for nine months of the year, passed statewide in 2018, despite being voted down by UCSC union members by 83 percent.

The students argue that Santa Cruz is so expensive that many of them have to spend more than 50 percent of their salaries on accommodations. They’re asking for an increase of $1,412 per month or more, Inside Higher Ed reports. The university rejected that request, first saying that it was unable to make adjustments to the negotiated contract and later offering an annual supplement of $2,500 per doctoral student—an offer that grad students have rejected as too little.

Jane Komori, a third-year graduate student studying the history of consciousness, tells The Guardian that the median rent for a one-bedroom in Santa Cruz is nearly $3,000—much more than what the students are asking for. “This cost-of-living-adjustment is what we would require to no longer be rent-burdened,” Komori says. “We’re just asking enough of a wage increase so we can be out of our rent burden, address our other expenses, and teach and research as we’re meant to.”

The dispute shows no signs of resolving for the time being. Students decided to expand the action into a general strike earlier this month, according to The Guardian, meaning that they would refrain from all teaching, grading duties, or extra work. They have since received support from various sources, including students at UC Santa Barbara and UC Davis who started striking over their own salaries last week, and from Senator and Democrat presidential hopeful Bernie Sanders (D-VT).

Although none of the strike actions were officially backed by United Auto Workers Local 2865, the union’s president, Kavitha Iyengar, put out a statement on Friday in support of the students. “Today we stand 100% in solidarity with those who were terminated at Santa Cruz. . . . Instead of firing TAs who are standing up for a decent standard of living for themselves, UC must sit down at the bargaining table and negotiate a cost of living increase.” 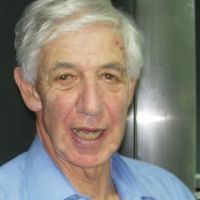