On the Isle of Wight off the south coast of England, local government staff and healthcare workers can now download a smartphone app from the UK’s National Health Service that will register contacts between users, the BBC reports. On Thursday (May 7), the rest of the island’s more than 140,000 residents will be encouraged to get the app as well.

The app is part the UK’s plan to “test, track, and trace” individuals while easing social distancing measures under the continued threat of COVID-19. It could be available to the wider UK population within weeks, according to CNBC.

The National Health Service (NHS) app identifies when a user comes within about two meters of another user for at least 15 minutes. Users can report when they become sick with COVID-19—based on test results or on self-diagnosis—which can trigger alerts to other users they’ve been in contact with as well as to more-distant contacts.

Participation is voluntary and the only personal information required is the user’s postcode. People will be able to opt-in to allow location data to be recorded. The NHS’s plan is to process the data on computers in the UK rather than on users’ phones—a practice that tech companies such as Apple and Google, as well as privacy advocates, say weakens data security and provides a means for the government to monitor peoples’ social circles. This is in contrast to a so-called decentralized approach that does not pool the data in one location.

The decentralized model has been adopted by Apple and Google, which have developed their own contact-tracing technology, and apps that use their technology have a huge advantage, The Verge reports. That’s because both tech giants typically restrict when Bluetooth signals are broadcast from a phone but have the ability to adjust those settings.

For example, signals are normally only transmitted when the phone is awake and the app is running in the foreground. If this is the case with a contact-tracing app, it could often miss important interactions. But because “Google and Apple can rewrite these rules for their own contact-tracing API [application programming interface] because they control the operating systems,” The Verge explains, apps relying on their technology can avoid overlooking such contacts.

Although the NHS tells the BBC that its app will work without having to be active, questions remain about whether it will successfully capture many of the relevant contacts that could spread COVID-19. 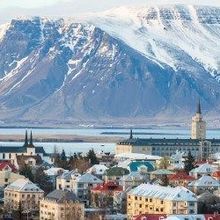