British Prime Minister Boris Johnson has announced a new visa system, designed to recruit leading scientists and mathematicians to the UK, just days before the country plans to leave the European Union.

“The UK has a proud history of scientific discovery, but to lead the field and face the challenges of the future we need to continue to invest in talent and cutting-edge research,” Johnson says in a statement posted today (January 27). “That is why as we leave the EU I want to send a message that the UK is open to the most talented minds in the world, and stand ready to support them to turn their ideas into reality.”

Beginning on February 20, the Global Talent visa will be managed by the UK Research and Innovation Agency rather than immigration officials at the Home Office. The goal is to “provide an accelerated path” to entry where researchers’ credentials are assessed by the scientific community, according to the press release.

“The government has listened to the research community, and this is an important first step in creating the visa system that we need for attracting global scientific talent—one that is welcoming, faster and more flexible, and takes into account the long-term aspirations of scientists and their families,” Venki Ramakrishnan, president of the Royal Society, tells the BBC.

The visa announcement precedes Britain’s exit from the EU this Friday (January 31), a move that has sparked fears of job shortages as EU citizens will lose the right to live and work in the UK, and UK citizens will no longer have automatic rights in EU countries, the Associated Press reports.

The government statement also announced £300 million of funding for “experimental and imaginative mathematical sciences research,” including double the current funding for math PhDs and additional support for math fellowships and research projects.

Chi Onwurah of the British Labour Party welcomed the additional support and recognition for science, reports the BBC, but says the new visa regulations “suggest a lack of understanding of innovation, which depends on scientists, researchers, engineers and technicians at all levels and not just a few ‘top talent.’”

Liberal Democrats spokesperson Christine Jardine expresses a similar concern. “Science relies on thousands of researchers, and this announcement does nothing for the vast majority of them,” she tells the BBC. “If the government is serious about championing UK science, it must prioritise continued mobility as part of our future relationship with the EU.” 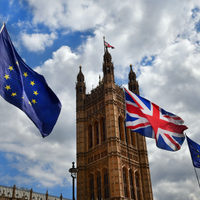 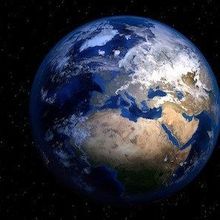