Romantic relationships between university professors and their students are becoming less and less acceptable.

Many of the new university policies that have emerged in the last few years have focused on undergraduates and how to better protect them, typically with a campus-wide ban on staff dating undergrads. But a number of universities also demand that faculty members do not start relationships with graduate students they supervise. This month, Princeton University went further and declared that faculty members were no longer allowed to date any graduate student—even if the couple works in different departments. Pre-existing relationships are exempt from the new rule.

Announcing the policy after it was approved by a faculty vote on April 1, Dean of the Faculty Sanjeev Kulkarni said in an email to faculty members that the rule would “create a safe, respectful and equitable learning environment for everyone on campus.”

The power issues still exist even if they’re in different departments.

“I think it’s practical and I think it’s prudent,” Rebecca Burdine, an associate professor of molecular biology at Princeton who voted on the measure along with the rest of the faculty in attendance, tells The Scientist. Most importantly, she says, the graduate students asked for it, because faculty members often have huge power over a graduate student’s career and this can create an unequal and unhealthy power dynamic in personal relationships that emerge.

The university is encouraging greater collaboration across departments, Burdine says, which extends the concerns about unequal power between a professor and a student beyond the immediate supervisory relationship. The policy “makes the ground rules very clear for everybody,” she says. “The power issues still exist even if they’re in different departments. If you’re a math student then it’s not likely that a history professor has the power to derail your career, but it’s possible.”

Princeton is the first university to take the campus-wide step but others will follow, says Jamelle Sharpe, who works at the University of Illinois College of Law in Urbana-Champaign and has surveyed academic policies in this area. “In the last couple of years, universities have essentially gone in one direction, which is to make their policies more restrictive,” he says.

Sharpe is leading a cross-campus review of the University of Illinois regulations, and his team will make recommendations later this year. He says universities have traditionally distinguished between undergraduates and graduate students when they set consensual relationships policy, and assumed that undergrads need more protection. But he says that may no longer be appropriate.

The #MeToo movement has forced universities to update what were often very broad conflict-of-interest policies that did not examine fully “these problematic power dynamics,” Sharpe says. And, he adds, it could be misleading to assume that graduate students are more resilient because they are usually older and so more mature. “That doesn’t recognize that graduate students can be very vulnerable professionally and educationally in ways that undergraduates are not,” he says. “One of the interesting things about the Princeton move is recognizing that vulnerability and taking steps to proactively address it.”

Those steps are not popular with everyone. Cornell University considered and rejected a similarly broad ban on faculty and graduate student relationships across different departments when it updated its new consensual relationships policy last year.

Dick Miller, a philosophy professor at Cornell, says the scope of the Princeton move is “harmful and not merited” and exaggerates the effect that professors in distant departments can have. “I have no power of any kind over a graduate student in biology,” he says. Universities are often in small places, which makes it difficult for junior faculty members to find people who share their interests. And, he says, bans will force some couples to keep their relationships secret “with a kind of furtiveness that is not good for the life of a university”.

Anna Waymack, a graduate student in Medieval studies who co-chaired the Cornell review committee, was surprised at the levels of disagreement. “There was no consensus on even the most basic ideas of consent and what constitutes a relationship or what constitutes a conflict of interest.”

She says it’s right to put more restrictions on relationships involving undergraduates, because unlike graduate students they have not chosen and committed to a particular field. If a graduate student in computer science wants to take a class in art history, then “it’s a shame if you can’t because of a conflict of interest but that’s not preventing you from getting the research and experience that you came to the institution for.”

As such, the Cornell policy stops faculty members having relationships with graduate students in their own department and undergraduates in any department.

David Singer, a political science professor at MIT, has looked at the issue for his own institution. He says policies need to reflect the individual circumstances of each university. MIT, for example, has many professional schools and adult education programs, so many of its graduate students are much older than some of the faculty.

In those cases, “there is no asymmetry of power,” he says, so there’s no need for controls on relationships, unless one partner has academic authority over the other.

Singer is now investigating how MIT should respond to a related, but bigger, issue. Last year, a report on sexual harassment from the National Academies of Sciences, Engineering and Medicine suggested universities could “defuse” many difficult situations if they changed the way graduate students were trained, to make them less dependent for funding on individual faculty members. “It’s an enormous challenge to change the contours of academia in which these asymmetries of power are so prevalent,” he says.

Correction (April 23): We erroneously stated that Rebecca Burdine was a member of the committee that approved Princeton's policy. Rather, she was among the faculty members who voted on the policy that the committee had put together. The Scientist regrets the error.

Editor's note (April 24): After reader feedback, we have changed this article's headline to better reflect its subject matter, particularly the questions raised about the appropriateness of relationships involving power differentials. 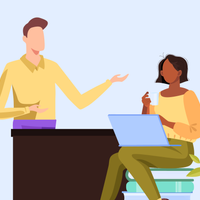 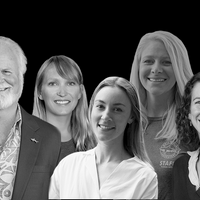