ABOVE: The Old Main building at the University of Arizona
© ISTOCK.COM, GNAGEL

The Arizona Board of Regents is being sued for $20 million by a University of Arizona chemistry and biochemistry professor, Katrina Miranda, who claims that the university has discriminated against female science professors by paying them less than men, not giving them raises, denying them promotions, and awarding them fewer resources, such as mentorships and lab assistants, then men, the Arizona Daily Star reports. Miranda is seeking class-action status for her lawsuit.

“When you’re making about $30,000 less than a man of similar qualifications and experience, you’re taking a hit. That affects people’s lives,” one of Miranda’s lawyers, Andrew Melzer, tells the Daily Star.

The lawsuit follows another sex discrimination suit by female deans at the university. And the complaints Miranda makes represent nationwide trends. Ninety-three percent of institutions pay male faculty members more than their female counterparts of the same rank, according to data from the American Association of University Professors (AAUP), notes Inside Higher Ed. Women also face barriers in reaching the highest (and highest paid) rank of full professor, according to an AAUP report.

“These are small cost-of-living adjustments,” Melzer tells the Daily Star. “What she’s being denied are substantial raises that men are getting.”

In 2016, Miranda was denied promotion to full professor, though faculty colleagues and a department head had recommended her advancement. When Miranda made internal complaints to the university’s Office of Institutional Equity, she alleges, the university retaliated by reducing her lab space.

This is all despite having served as assistant chair in her department and having published as much or more than male colleagues who have been at the university for a similar length of time, the Daily Star reports, citing the suit. Neither the university nor the board of regents is commenting on the case.

The class-action status of the suit would allow other female science professors at the university who have been there at least three years to join in, Melzer tells the Daily Star. According to the lawsuit, up to 80 current and former professors could potentially join, Arizona Republic reports. 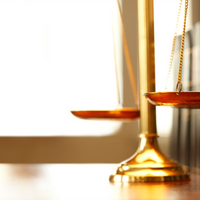