Stephen Schwartz, known for his work on the vascular system, is the first person associated with the university to succumb to infection with SARS-CoV-2.

“We are deeply saddened that faculty member Professor Stephen Schwartz passed away due to a COVID-19 infection,” the University of Washington Department of Pathology tweeted yesterday (March 18) afternoon. “He has left a lasting imprint on our department, our university, and the broader scientific community and will be greatly missed.” 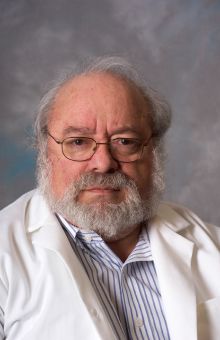 Schwartz spent his career at the University of Washington (UW), starting with his residency in the Department of Pathology from 1967 to 1972. He joined the faculty a year later as an assistant professor, and became a full professor in 1984.

Charles Alpers, interim chair of the pathology department, shared the news with the UW faculty yesterday in an email. “Steve had a distinguished career as an investigator in the field of vascular biology,” Alpers wrote, according to the Times. “He is rightfully considered a giant amongst investigators of the biology of smooth muscle cells and the structure of blood vessels.”

“He will be sorely missed by generations of vascular biologists and pathologists,” Bernadette Englert, executive officer of the North American Vascular Biology Organization, which Schwartz cofounded, writes on the society’s website.

In addition to his appointment in the pathology department, Schwartz was an adjunct professor in the bioengineering and medicine departments, which Alpers says was “reflective of his many collaborative relationships with faculty and other departments in our medical school and in the world.”

UW’s student newspaper, The Daily, reports that Schwartz’s death appears to be the first COVID-19-related death tied to UW.

“Stephen Schwartz was a giant in vascular biology and a mentor to countless faculty and trainees, including myself,” UW biologist Kelly Stevens tweeted. “He will be deeply missed.”