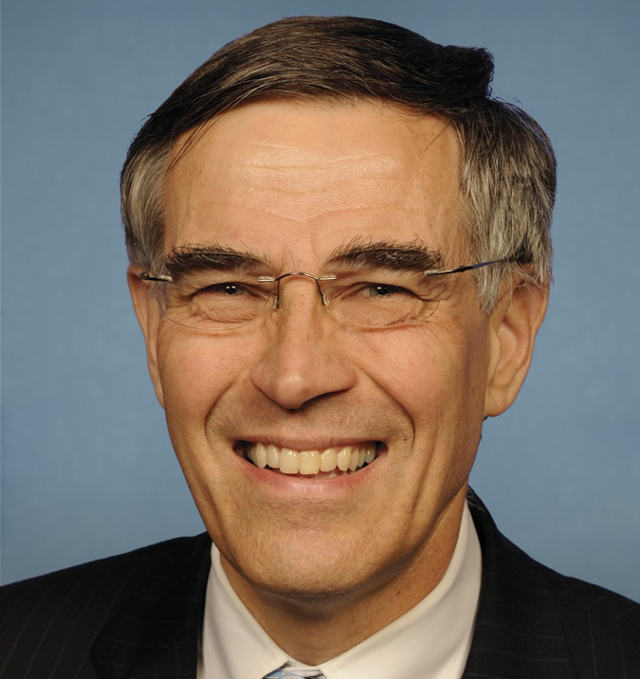 WIKIMEDIA, UNITED STATES CONGRESSIn June, President Donald Trump announced that he was reversing course on former President Barack Obama’s decision to mend relations with Cuba. “The previous administration's easing of restrictions of travel and trade does not help the Cuban people,” Trump said at a rally in Miami. “They only enrich the Cuban regime.”

But prior to Trump assuming the presidency, scientists in the two countries had already charted a path to increase international collaboration. In 2014, a group of American researchers and policy experts, sponsored by the American Association for the Advancement of Science (AAAS), met with Cuban counterparts at the Cuban Academy of Sciences in Havana. The result of that meeting was a memorandum of understanding between the two parties that outlined a plan to regularly meet to find scientific common ground between the two nations’ research enterprises.

The CEO of AAAS, Rush Holt—who is also a former US Representative (D-NJ) and physicist—will be travelling with the US delegation down to Cuba and spoke with The Scientist.

The Scientist: Does the Trump administration’s view on U.S./Cuba relations put a particular focus or edge on the meeting this week?

Rush Holt: Part of the mission of AAAS is to see that science advances . . . for the benefit of all people. In order for that to happen, we feel it is our place to defend the conditions under which science can thrive. That includes free exchange of ideas, and free movement of scientists, the ability to collaborate, to choose and pursue one’s research without political interference, and so forth.

Also, that means that it’s our job to point out where free movement of scientists is restricted, and where the free exchange of ideas is impeded. In lots of places around the world where science sees no borders, the AAAS doesn’t have a role in pointing out the need for free exchange. So we don’t make a statement by going to Germany or Japan to talk about engineering or science or whatever. But in cases such as the Soviet Union, once upon a time, or Cuba more recently, or other places where there really is a problem, we need to point out that science should proceed, that international exchanges are beneficial to society at large and to the people of all countries.

TS: So what is the problem in this case?

RH: There are some, but not enough, opportunities for collaboration between Cuban scientists and American scientists. There are certainly many problems where the scientists from each country could contribute a great deal.

Cubans know a lot about communicable diseases, about the vectors—in other words mosquitoes—that communicate Zika and chikungunya and other diseases that are of concern to Americans. So why not collaborate there? For oceanography and understanding the ecology of fisheries, why not communicate? After all, it was Cuban/American collaboration that led to winning the war against yellow fever. So there’s a long history there. The irrelevant politics shouldn’t get in the way.

TS: Are you hopeful that U.S./Cuba scientific relations can circumvent or survive the Trump administration’s take on Cuban relations in general?

RH: It’s not so much to circumvent, but to keep collaboration going and to open doors for further collaboration. If you look back at the Soviet Union, plasma physics scientists like Evgeny Velikhov went to international conferences when travel was really restricted. And they developed not just a collaboration but almost a friendship between western scientists and Soviet scientists.

So when Velikov later became a close advisor to Gorbachev, he was able to deliver a personal viewpoint closely to Gorbachev that led to an opening of the then-Soviet Union.

Obviously, there have been some setbacks in Russia after some major thawing that took place. But the opening of the society within themselves and the opening of society to outside exchange of ideas that occurred when, at the time that the Soviet Union disintegrated, I think has its roots in science collaboration and science exchanges. That’s just an example of where science and diplomacy have come together in constructive ways.

TS: Do you have specific advice to US scientists who are desirous of striking up or continuing these collaborations even in the face of logistical difficulties that might come about due to the Trump administration’s stance on Cuba?

TS: But do you have practicable advice for a US scientist who might know of a Cuban research program that might mesh well with hers, but is reticent due to logistical roadblocks?

RH: First I’d say, ‘Go for it. If you see the opportunity for collaboration, take it.’ AAAS stands ready not only to advocate for the idea of collaboration in general but to assist wherever possible collaborations in particular.

TS: Do you have any hopes for the outcome of meeting in Havana this week?

RH: For the specific research, that’s outside my field. I’m a physicist. I will, by the way, visit a physics institute while I’m there. And, I don’t know, perhaps there will be some opportunities for collaboration. But for the centerpiece of the trip, which is infectious diseases and in particular vectors like mosquitoes that spread the diseases, I hope there will be a number of doors opened for further collaboration.