The US Environmental Protection Agency’s overhaul of guidelines that decide the safety of chemicals is being met with resistance from researchers and environmental organizations. The latest changes, issued in May of this year, remain open to public comment until tomorrow (August 16). The proposal would make it easier for new chemicals to enter the market as reviews would likely favor industrial research, according to critics of the guidelines, says Science.

According to Nature, the Environmental Protection Agency’s (EPA) decision-making would allow for non–peer reviewed research to be used for assessing toxicity. While the law requires several thousand chemicals to be assessed under the 1976 Toxic Substances Control Act (TSCA), which was revised in 2016, the EPA determines its own rules for how those assessments are conducted.

Science reports that the Natural Resources Defense Council (NRDC) commented to EPA earlier this week that the new assessment guide “is less about evaluating the quality of evidence, and more about eliminating it altogether.” For instance, the rules require the inclusion of only those studies that include details on statistics, methods, and subjects—information that often varies across journals and may even be excluded from some studies for the sake of confidentiality. “Only industry studies will survive,” Tracey Woodruff, who leads the Program on Reproductive Health and the Environment, which assesses the effect of chemicals on reproductive health, at the University of California, San Francisco, tells Nature. Woodruff, who is one of 25 signatories in a letter to EPA critiquing the proposal, tells Science that such specifics have “nothing to do with the quality of the study.”

The EPA says its review process is open to change and set to promote “high-quality, fit-for-purpose risk evaluations that rely on the best available science,” according to Science. 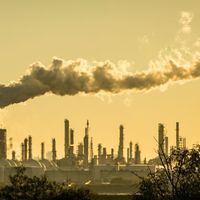 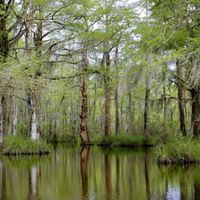