Earlier this month, the California National Primate Research Center at the University of California, Davis, canceled its tours, turned visitors away, and restricted students’ access to many areas of the facility. Researchers even limited the movements of the animals in the colony, all with the goal of protecting the animals from SARS-CoV-2 infection.

Like humans, monkeys are vulnerable to the virus behind the COVID-19 pandemic, although their symptoms are not entirely the same. This has opened up opportunities to study SARS-CoV-2, but has also meant facilities need to institute extensive precautions to prevent unintended contagion, particularly now as the researchers plan nonhuman primate experiments to aid in the development of coronavirus treatments and vaccines.

The level of risk primates face at these facilities is not well known. Investigators in China have shown that rhesus macaques can be infected with SARS-CoV2. “The animals did not demonstrate clinical signs [of infection] but were shown to have pneumonia,” Jeffrey Roberts, the associate director of the California National Primate Research Center, writes in an email to The Scientist. “We have a population of 4,000 rhesus macaques and 100 titi monkeys and our concern is that, similar to the human population, a subset or our animal colony may become clinically ill and in the case of our aged rhesus colony, severely so.” So far, initial antibody testing for signs of the virus in the California colony has been negative.

If we wanted to test the efficacy of a vaccine and the animals have already been exposed [to the virus] and gotten over [an infection], you can’t infect them, so you couldn’t tell whether the vaccine’s protective.

Keeping the virus out of primate colonies across the country will be essential for SARS-CoV-2 research, Roberts and other center officials say. Once an animal has been infected, it can’t be used for research, so any colony outbreak would severely limit the number of animals available for COVID-19 experiments.

At the Washington National Primate Research Center in Seattle, the standard protocol for researchers is to wear face masks, face shields, hair nets, two sets of protective gloves, Tyvek suits, and booties over their shoes whenever they go into an area where animals are housed. The intent is to prevent the monkeys there—rhesus macaques, pigtail macaques, long-tailed macaques, and squirrel monkeys—from contracting infections of any kind.

Because of the precautions, the animals at the Washington site are fairly well protected from accidentally contracting SARS-CoV-2 from humans, says Sally Thompson-Iritani, the interim director of the facility, but there’s nothing known about how different primate species respond to the virus. Each species could be “differentially susceptible,” she says. “That’s something we are very aware of and we’re really monitoring each species independently.”

The facility is also taking additional precautions beyond the standard protocol of protective gear. “We’re limiting the number of people who are coming to work every day because we want to ensure that we’re limiting exposure between people, which then limits exposure to the animals,” Thompson-Iritani says.

Although all of the animals at the primate centers are at risk, some may be more vulnerable than others based on the different types of research programs run at each center, notes Skip Bohm, the associate director and chief veterinary medical officer at the Tulane National Primate Research Center. The California and Tulane sites, for example, have large, outdoor breeding colonies. At the California center, undergraduate and graduate students help with behavioral experiments, and until recently, were at the facility observing the animals and collecting data for behavior research projects. Because of the increased access to the animals there, they might have been at a higher risk of exposure compared with the Tulane facility where research focuses largely on infectious disease and so students and investigators from the university do not have access to the animals there.

At Tulane, similar to Washington, animal care workers, veterinarians, and behavioral management staff who come in contact with the outdoor colony wear protective gear when working with the animals, but the risk that the animals could contract SARS-CoV-2 remains. As a result, the facility may begin monitoring the health of its employees and will perform antibody testing for SARS-CoV-2 to detect if animals have unintentionally contracted the virus at any point.

This monitoring effort is principally important now, Bohm says, because next week the center will begin COVID-19 experiments in nonhuman primates. In the first experiment, the team will confirm that the animals—two rhesus macaques and two African Green monkeys—can be infected with SARS-CoV-2. “If you want to test treatments and vaccines, you have to be sure the animals can be infected,” Bohm says.

A preliminary study from China shows rhesus macaques can be infected but don’t develop the infection a second time they are exposed to it. Although the data are preliminary, it’s a good sign that perhaps people are most likely protected from future SARS-CoV-2 infections, at least in the short term. It’s not so great for running COVID-19 experiments in primates. “If we wanted to test the efficacy of a vaccine and the animals have already been exposed [to the virus] and gotten over [an infection], you can’t infect them, so you couldn’t tell whether the vaccine’s protective,” Bohm says. “You couldn’t do drug treatment studies to see if you could cure the disease because you couldn’t infect [the animals].” Maintaining the health of the colonies, he notes, is critically important now so those studies can be done. 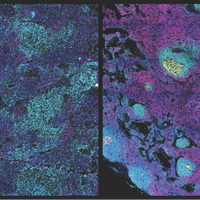