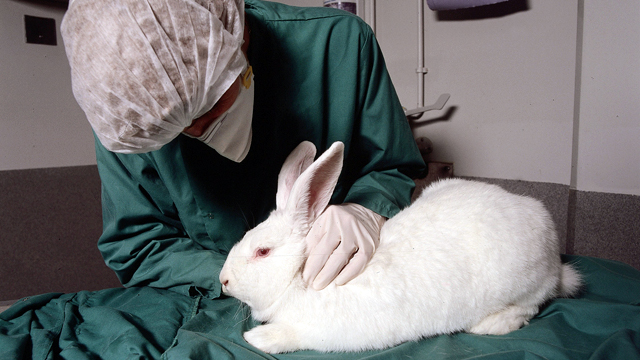 FLICKR, UNDERSTANDING RESEARCHCongress has ordered the US Department of Agriculture to resume posting complete animal welfare reports, according to the 2018 federal spending bill that President Donald Trump signed into law today (March 23).

In the bill, lawmakers note that in 2017, the agency blacked out a database online called the Animal Care Inspection System, which provided information on animal welfare and also actions by the USDA to enforce the Animal Welfare Act. Legislators noted the agency’s claim that it needed to conduct a comprehensive review of the information on it website, but that may not have been the complete story: A legal battle over charges of animal cruelty toward Tennessee walking horses may have driven the agency to take down enforcement records related to horses and dogs, according to The Washington Post.

Animal welfare advocates are pressuring the USDA as well. On March 21, the Humane Society of the United States (HSUS) announced it had filed a lawsuit against the agency for its “failure to release crucial animal welfare public records.”

The vice president for animal research issues at HSUS, Kathleen Conlee, tells Science the organization “has been working closely with Members of Congress over the past year to address USDA’s outrageous purge and redaction of these vital documents,” and that she was “very pleased” with the lawmakers’ demand for the USDA to make the documents publicly available again.