“These are the first in vitro produced rhinoceros embryos ever,” study coauthor Thomas Hildebrandt, head of the Department of Reproduction Management at the German Leibniz Institute for Zoo and Wildlife Research in Berlin, says in a statement. “They have a very high chance to establish a pregnancy once implanted into a surrogate mother.”

Harvesting eggs from the two living northern white rhino (NWR) females is also a possibility. “Our results are solid, reproducible and very promising. Now we are well prepared to go to Kenya and collect oocytes from the last two NWR females in order to produce pure NWR blastocysts where both eggs and sperm are from NWR,” Hildebrandt notes in the statement.

Despite the success, there are still doubts about resurrecting the animals. “We have a long way to go to save the northern white rhino,” Terri Roth of the Cincinnati Zoo & Botanical Garden who was not involved in the study tells Newsweek. “Impressive results in a petri dish don’t easily translate into a herd of healthy offspring.” 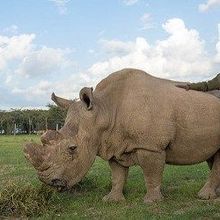 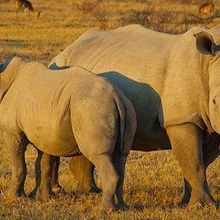 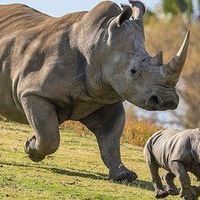