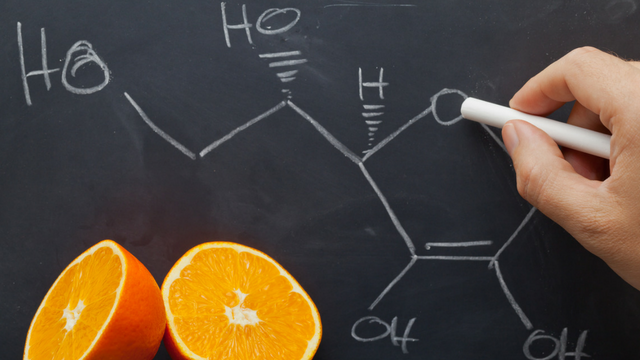 ISTOCK, SHAWN_HEMPEL Researchers have halted the progression of leukemia in mice by restoring the enzyme TET2 in hematopoietic stem cells, either by reestablishing its gene expression in transgenic mice or by promoting the protein’s function with high doses of vitamin C.

In their study, published today (August 17) in Cell, the authors found that the absence of this protein continuously drives a pre-leukemic state in hematopoietic stem cells, while its renewed presence can arrest leukemia progression. Notably, they also showed that boosting TET2’s enzymatic activity with vitamin C can make up for diminished amounts of the protein in deficient mice.

This is a “very important study that will definitely have a very lasting impact on the field,” says Ulrich Steidl of the Albert Einstein College of Medicine who was not involved in the study. It will likely “inspire a lot of scientists and translational investigators to think about similar strategies and...

The authors previously demonstrated that a lack of TET2, often one the first mutations leukemia patients acquire, promotes leukemia in mice. TET2 is important for driving DNA demethylation, and leukemia patients with TET2 mutations exhibit hypermethylated DNA, in addition to accumulating hematopoietic stem cells that don’t mature like they’re supposed to—a hallmark of the disease.

“Without that wave of DNA demethylation to allow the [hematopoietic stem] cells to differentiate, they get stuck in a progenitor state,” explains lead author Luisa Cimmino, an assistant professor of pathology at New York University Langone Health. “So, you have this accumulation of this proliferating population of hypermethylated cells that aren’t getting the signal to fully differentiate.”

To further probe TET2’s role in fostering the cancer, they engineered mice so that TET2 gene expression could be reversibly knocked down or restored using RNA interference (RNAi). The researchers then transplanted bone marrow from the transgenic mice into genetically normal, disease-free counterparts.

Symptoms of a leukemia-like state progressed in mice transplanted with TET2 knock down cells.  But when the researchers restored TET2 gene expression, it blocked disease progression.

The majority of patients with these TET2 mutations don’t exhibit a complete loss of the protein, because they only have a mutation in one copy of the gene, says Cimmino. “And if we could only bring [its] activity back to normal levels, it would be like restoring the protein back to normal levels. That’s where the vitamin C comes in.”

Vitamin C works to reduce iron into a state that can be reused by TET2 to perform key steps in DNA demethylation, explains senior author Benjamin Neel, director of the Perlmutter Cancer Center at NYU Langone Health.

“For the TET enzyme to be catalytically active, it needs to have iron readily available,” he says.  If there wasn’t a way to convert the iron back into a useable state, “each [TET2] enzyme would only be able to do one reaction, then it would be dead.”

“If these findings withstand clinical testing, the impact for patients with blood cancers could be significant,” says Eirini Papapetrou of the Icahn School of Medicine at Mount Sinai. “[T]hese patients have currently limited therapeutic options, particularly the more elderly patients with [myelodysplastic syndrome] and [acute myeloid leukemia], who cannot tolerate highly toxic treatment, like high-dose chemotherapy or bone marrow transplantation.”

According to Neel, his team is moving forward with clinical trials to test the efficacy of vitamin C, in conjunction with another demethylating agent, in patients with pre-leukemic myelodysplastic syndrome.

Neel is a bit skeptical of using vitamin C as a main strategy for cancer treatment, and cautions against assuming that it can be generalized to treat other cancers without the science to back it up. While there may be there are some health benefits to vitamin C, he says, “they’re unlikely to be a general anti-cancer therapy, and they really should be understood based on the molecular understanding of the many actions vitamin C has in cells.”

Additionally, Neel and Cimmino caution against eating excessive amounts of vitamin C, because the blood levels required for therapeutic benefit can’t be achieved by ingesting it. “There are a lot of folklores out there, and while most may have developed through empirical observations . . . the difference between alternative medicine and real medicine is that real medicine does things systematically based on science,” Neel adds.