California’s Proposition 14 has passed with 51 percent of votes, authorizing the state to issue $5.5 billion in bonds to give the California Institute for Regenerative Medicine a second lease on life. The result was called by the Associated Press yesterday (November 12).

The agency had announced last year it was running out of its first $3 billion round of funding, which was approved by voters through a previous ballot measure in 2004. With the new bonds, the agency will now continue to fill what supporters say is a critical funding gap in stem cell research, and fund ongoing clinical trials and training programs for early-career researchers. Of the new funding, $1.5 billion is to go toward projects developing therapies for neurological diseases such as Alzheimer’s, Parkinson’s, and dementia.

“We are thrilled” about Proposition 14’s approval, Jonathan Thomas, the chair of CIRM’s governing board, writes in an email statement. “We are proud of what we have achieved so far— the cures and therapies we helped develop, the billions we brought into the state in additional investments, and the tens of thousands of jobs we created—and we look forward to continuing that work.”

Despite a $20 million-strong campaign in support of the measure and the absence of an organized opposition, Proposition 14 passed by just 325,000 votes out of more than 15 million cast, the slimmest margin of victory for any of California’s 12 ballot measures this year, and a far smaller margin than the 59 percent approval the 2004 ballot measure received. The creator of both measures, San Francisco real estate investor and patient advocate Robert N. Klein II, attributes the close race to concerns over the cost of the measure amid a time of economic uncertainty, he tells the Associated Press.

Indeed, it will ultimately cost California taxpayers $260 million a year for three decades to pay off the bonds, according to estimates by the nonpartisan federal Legislative Analyst’s Office. That’s on top of the annual $327 million bill the state is still paying off from the 2004 ballot measure. In an interview with The Scientist in late October, the CIRM board member Jeff Sheehy criticized the measure for not including wording that would allow the state to recoup a meaningful return on its investment, and for what he said was its potential to worsen perceived conflicts of interest between the agency’s board members and the institutions it funds.

Proponents of the measure argued that it would California’s economy in the long term. Proposition 14’s wording encourages the state to use revenue from CIRM-supported research to subsidize the cost of stem cell treatments for patients.

“We are already working on ways to repay [the trust that voters have placed in us] and bring stem cell and regenerative therapies to all the people of this great state, particularly for communities that have traditionally been overlooked or underserved,” Thomas writes in his statement. 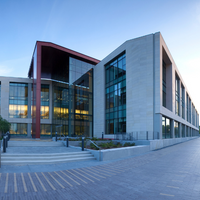