A variety of fish species that make their home in the oceans around Earth’s poles are perking up as their watery environment slowly warms. And that could make it harder for the marine mammals and seabirds that also inhabit the planet’s extreme latitudes to catch fish for supper, according to a study published today (January 24) in Science.

“Overall, warm-bodied predators are favored where prey are slow, stupid, and cold,” the researchers wrote in the study.

Researchers believe that this explains the somewhat paradoxical observation that warm-blooded marine species tend to be more numerous near the poles than in the tropics, while the reverse trend is seen in most other animal groups. By maintaining their own body temperature, Arctic and Antarctic birds and mammals can moving quickly in the pursuit of cold-blooded prey that are inevitably chilled in the icy environment.

“Being faster than your prey or enemies . . . is an important advantage for surviving and getting food,” coauthor John Grady at Michigan State University tells Reuters.

As waters warm, however, so do the fish, making both their bodies and brains work a bit faster. And its not just prey fish who might gain an advantage in the warming climate. The balance may also shift in the relationship between warm-blooded animals and the sharks that feed on the weakest among them.

“Faster sharks are deadlier sharks,” Grady tells Reuters. “The most vulnerable mammals and birds are those that feed on fast-moving fish and have to worry about shark predators.”

The combined effect could be devastating for marine mammals. The team estimated that, for every 1 °C (1.8 °F) that sea surface temperatures rise, there will be a 12 percent drop in the abundance of marine mammals. Seals and sea lions could be hit particularly hard, with populations falling by 24 percent. “The threat of warming waters is a real issue for a lot of marine mammals and birds,” Grady tells The Atlantic. 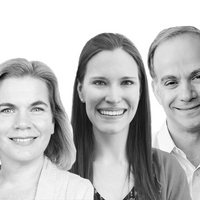