In recent years, observations have hinted at the existence of water on the moon, but lacked concrete evidence. Now, two studies published October 26 in Nature Astronomy have found water near the moon’s south pole and claim it is more abundant than previously predicted.

The bulk of the water appears to be found in “cold traps,” which are areas that are permanently shadowed. These dark spots can dip to temperatures as low as –163 ºC, keeping the water in a solid state. The rest of the water is found at the surface, though it appears to be contained within microscopic glass and dust. Because this water was found in direct sunlight, which can reach 127 ºC in the sun, the researchers suggest the minerals are protecting the water from vaporizing and dissipating.

“A lot of people think that the detection I’ve made is water ice, which is not true. It’s just the water molecules—because they’re so spread out they don’t interact with each other to form water ice or even liquid water,” Casey Honniball of NASA’s Goddard Space Flight Center and the lead author of one of the studies, tells the Associated Press.

Now that water on the moon has been confirmed, the next big question is how it got there, says Paul Hayne, a planetary scientist at the University of Colorado Boulder and the lead author of the other study. “The origin of water on the moon is one of the big-picture questions we are trying to answer through this and other research,” Hayne tells Reuters. “Currently, the major contenders are comets, asteroids or small interplanetary dust particles, the solar wind, and the moon itself through outgassing from volcanic eruptions.”

The data behind the observations were collected in part from a lunar orbiter. There are plans to send a rover to the moon’s south pole by 2024, which will be able to dig beneath the surface, possibly finding new repositories that cannot be seen from the surface.

“Both papers deepen the mysteries of lunar water while providing pieces of the puzzle,” Bethany Ehlmann, a planetary scientist at Caltech who was not involved in the research, tells The Washington Post. 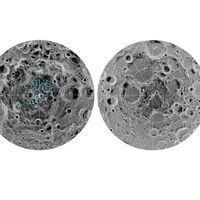 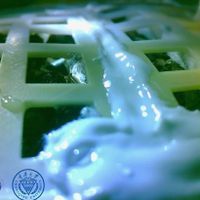