The Wellcome Sanger Institute announced on May 16 that it would be closing its animal facility, which provides mice, zebrafish, rats, and frogs to geneticists at the institute and internationally, reports Nature. The facility has been open for 13 years and has a staff of 70 people.

The institute states that the closure is related to the growing use of cell lines and organoids, instead of animals. “This decision has been driven by the institute’s scientific strategy,” says director Mike Stratton to Nature. Some researchers in individual labs will be able to use mice on-site until 2022 at the latest.

Scientists at the institute sent an open letter to the institute’s chief operating officer in November 2018 regarding their concerns about animal welfare in the facility, but a Sanger spokesperson says the closure is not related to welfare issues, according to Nature.

Experts disagree about the decision to close the facility and say it may be too soon to scale back animal research. “At present, techniques such as cell cultures cannot tell the whole story of what a mutated gene does. You need to observe what it does inside a living animal. A gene can have an unexpected impact in some organs,” says Ian Jackson of Edinburgh University to The Guardian.

Sanger scientists say they won’t stop all animal studies but will plan fewer experiments using animals, according to The Guardian. 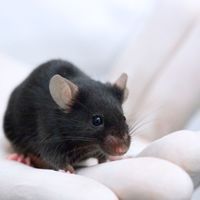