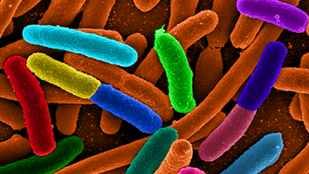 Humans from different cultures and geographic locations differ in the diversity of bacteria in their guts, but the metabolic functions that those microbial communities serve are similar, according to a report out in Nature today (May 9). The findings come from a large-scale sequencing project carried out on 531 samples of human excrement from Africa, South America, and the United States.

The scale and complexity stem from the research team’s aim of answering a multifaceted question—“What is the degree to which these microbial communities… vary within a person, as a function of postnatal development, physiological status, cultural tradition, and where a person lives,” said geneticist Jeffrey Gordon of the...

To this end, the researchers collected samples of feces from villagers in rural Malawi, Amerindians in Amazonian Venezuela, and metropolis-dwelling Americans. They then performed high-throughput sequencing on DNA taken from the samples to determine both the species and strains of microbes present and which microbial genes were most abundant.

The team found a common pattern for how the microbiomes of babies develop in the three countries. “It takes 6 to 9 months to get the first 6 or 700 bugs and then another couple of years to get the adult set,” explained Nicholson. “[Gordon] finds there is the same sort of developmental time span between countries,” he said, “but that the resulting microbiomes are nonetheless distinct between, let’s call it, a third-world population and a westernized population.”

One of the most striking differences was the degree of microbial diversity, with both the Amerindians and Malawians having far greater diversity than the Americans. “But, ironically, [Americans] might have more diversity in terms of the food eaten,” said Mills, which might have been expected to correlate with microbial diversity. Gordon suggested the Westerners’ lack of diversity could result from “our lifestyle, our degree of hygiene, [and] our use of antibiotics,” though further research is needed to test these possibilities.

Despite these differences between the gut microbiomes of the three cultures, there were also striking similarities, said Gordon. For example, “across all three populations, we see this age-dependent change in vitamin biosynthesis,” he said. In infants, gut bacteria tend to carry more copies of genes involved in folate biosynthesis, while the guts of older individuals harbor microbes carrying more genes for folate metabolism. Conversely, genes involved in vitamin B-12 synthesis became more prevalent in the gut microbiome with age.

“What’s really fascinating about those results,” said Mills, “is that it is reflecting what the host needs.”

The documenting and detailing of human microbiomes across ages and cultures is an important resource for future studies, Mills added. One obvious question arising from the work is, what difference do these bugs make, if any, to people’s health? According to a presentation by Liene Bervoets at the the 19th European Congress on Obesity in Lyon, France, this week, obese children have a markedly different proportions of the bacteria Bacteroides fragilis and Bacteroides vulgatus in their guts than normal weight children. “Whether changes in gut microbiota are a cause or consequence of obesity remains to be established, but it is clear that the microbiota aid in energy harvesting from our foods,” Bervoets said in an email to The Scientist.

Gordon and his team now plan to investigate how variations in our gut microbiomes might affect such energy harvesting. “Our long term hope… is to understand the inter-relationship between the microbiome, the nutritional value of foods that are consumed, and the nutritional status of people,” he said.