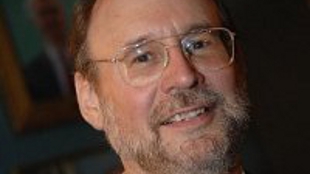 Prasher's profile picture from his LinkedIn pageDouglas Prasher got a lot of media attention in October 2008 when word came from Stockholm that a trio of researchers was getting the Nobel Prize in Chemistry for their work on the discovery and development of green fluorescent protein (GFP). Prasher had been the first to clone the gene for GFP and had shared the cDNA with two of the researchers who got the prize, but he was not included among the ranks of Martin Chalfie, organic chemist Osamu Shimomura, and University of California, San Diego, biologist Roger Tsien. In fact, at the time the announcement was made that the GFP researchers were awarded the prize, the erstwhile biochemist Prasher was working as a courtesy shuttle driver at a Huntsville, Alabama, Toyota dealership.

But now, after 4 years marked with some of the same ups and downs that landed...

And Prasher is back to working with fluorescent proteins. As a staff research associate in Tsien’s lab, he’s developing a novel high-throughput process to identify new fluorescent proteins via mutagenesis. “Douglas is trying to build a system to screen large mutant libraries to isolate cells displaying desirable time-dependent optical phenotypes that cannot be found using fluorescence-activated cell sorting,” Tsien wrote in an email to The Scientist. “He seems enthusiastic now and in a supportive environment. His talents should be able to flourish again.”

It turns out that Tsien has long been an advocate for Prasher, recommending him and eventual winner Shimomura, who first isolated GFP, for recognition when Stockholm came knocking. “I was interviewed in around 2004 by two members of the Nobel Committee on Chemistry who asked me who I thought deserved a prize for GFP,” Tsien recalled. “I immediately replied ‘Shimomura and Prasher,’ based on my belief that both of their contributions were irreplaceable in the history of GFP.”

Tsien added that Prasher’s contributions to the development of GFP into a ubiquitous biological tool—and his willingness to share the gene with anyone who asked, including Tsien and Chalfie—deserved the Nobel even more than his own. “After Prasher's 1992 paper on the isolation and sequencing of the gene for GFP, and his willingness to distribute the cDNA, those who historically took over the development could have (and would have) been replaced by many other people with only a modest delay in progress,” he said. “Between 2004 and 2008 I kept nominating Shimomura and Prasher for various awards, including the Nobel.”

And upon learning of Prasher’s fall from academic science—which stemmed from his failure to achieve tenure at the Woods Hole Oceanographic Institute in Massachusetts, where he cloned GFP—Tsien continually offered Prasher a position in his lab. “I had mentioned the possibility even before 2008, during my annual request for his updated contact information to list on nomination forms,” Tsien said.

But Prasher decided to stay in Huntsville rather than make the move to San Diego. “There were a couple times [Tsien] tried to get me interested, but being German and being stubborn, I didn’t really follow up on it,” Prasher recalled. “A lot of it had to do with family situations.” Prasher struggled financially after he left Woods Hole in 1992, landing a government research job and a position at a NASA contractor before ending up making about $300 a week at the Toyota dealership.

Prasher eventually scored a position at a small contract research firm in Huntsville in 2010 but was laid off in December 2011. After that, he contacted Tsien, who reiterated his offer to join the lab, and Prasher finally moved to San Diego in June of last year.

Prasher noted that his family’s finances are still in a shambles and that he is in the middle of a divorce. But he does retain fond memories of his time working as a shuttle driver, and he’s managing to stay optimistic about is return to academia. “On the positive side, I certainly don’t take life so seriously now, and I discovered while driving the courtesy shuttle that I thoroughly enjoy talking to people, well, at least most people,” he said. “Plus I have fine-tuned my ability to tease and I practice it on a daily basis.”

As for Tsien, he remains puzzled as to why he won the 2008 Nobel and Prasher didn’t. “Why was I chosen, given that our contributions were published after those of Shimomura, Prasher, and Chalfie, and that Nobel Prizes are supposedly awarded for specific discoveries rather than a lifetime of diverse achievements?” he asked. “The only people who know the answer are not telling. The answer may be revealed decades from now, when everyone who cares is dead.”

Correction (February 27): This article erroneously listed Prasher's previous academic affiliation as the Marine Biological Laboratory in Woods Hole, Massachusetts. He was in fact employed at the Woods Hole Oceanographic Institute. This mistake has been corrected. The Scientist regrets the error.