It started off as somewhat of a joke—in 1997, elephant expert Richard Lair teamed up with conceptual artists Vitaly Komar and Alex Melamid to start an elephant art academy. They would teach retired elephants to paint—something that others had tried with success in the past—and the resulting artwork would raise money and awareness of the plight of Asian elephants, whose numbers are declining at an alarming rate.

Now, the Asian Elephant Art & Conservation Project, a charity organization based in New York City, founded by Komar and Melamid, has created an international market for elephant art, and auctioned elephant paintings at Christie’s. The most expensive painting, by Ruby, a female elephant at the Phoenix Zoo, in Arizona, sold for $25,000. The paintings are decidedly abstract. Some, such as those by nine year old Gongkam, resemble everyday objects, mostly flowers. For those paintings, teachers give the elephants guidance,...

They produce pieces such as those by 23-year old Sela, which have been compared to the work of abstract expressionists such as Willem de Kooning and Jackson Pollock. Understandably, some critics have argued that elephant paintings represent no more than random shapes and colors. With any type of creative endeavor, it is a matter of taste. The same holds true for elephants’ music. You might be mesmerized by the sparse clattering sound of six giants banging on oversized drums, xylophones, and thundersheets. Or you might find it annoying.

In the spring of 1999, Lair and composer David Soldier thought, if elephants like listening to music, they might also like playing it. So, off they went to Thailand, built enormous instruments, and taught the elephants to play them, co-founding the Thai Elephant Orchestra.

“Elephants have a strong sense of rhythm; they learn to play fast, in a matter of hours, and some even improvise,” says Soldier. The orchestra has produced two albums, “Thai Elephant Orchestra,” and “Elephonic Rhapsodies,” released in 2002 and 2005, respectively, and play on a regular basis at the Thai Elephant Conservation Center in Lampang, Thailand. “Elephants don't receive instructions on how to play. They are only told to start and to stop. Sometimes, the conductor specifies the number of times the animals should hit an instrument by showing them a number of fingers up,” Lair explains.

When he is not creating an opera, a film score, or playing with the Soldier String Quartet, David Soldier is in his lab at Columbia University (under the name David Sulzer), exploring the role of dopaminergic synapses in memory consolidation, learning, and behavior. (Soldier is the name he uses for his artistic activities.)

Lair, a San Francisco beatnik painter turned conservationist, has been working with elephants for 31 years, and has also collaborated with scientists.

The musicality of Pratidah, the star drummer of the orchestra, drew neurobiologist Aniruddh Patel to Thailand to study her beat. “Either when drumming alone or with the orchestra, Pratidah was remarkably steady,” Patel says.

More intriguing was that, when playing with other elephants, she developed a swing-type pattern, a dotted rhythm that she did one way (“long-short”) one day and another way (“short-long”) another day.

On Sunday June 3rd the Cornelia Street Café’s “Entertaining Science” will feature a new video of Dave Soldier with the Thai Elephant Orchestra; a presentation of elephant art by the director of the Asian Elephant Art & Conservation Project, David Ferris; and a discussion on elephant’s sense of self by cognitive psychologist Diana Reiss. 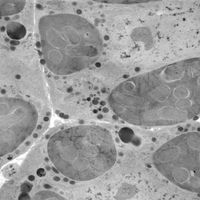