See “Inside the OSTP: Q&A With a Senior Science Policy Advisor”

“Our Nation’s continued global leadership in science and technology depends upon attracting, empowering, and retaining our best and brightest talent. It’s critical we remove any obstacles in the way of the scientists, engineers, and inventors of today and tomorrow achieving their full potential,” says Kelvin Droegemeier, director of the White House Office of Science and Technology Policy, in the announcement.

An unnamed Office of Science and Technology representative tells Nextgov that the committee will focus on impediments that affect research in multiple disciplines across government labs, academia, and the private sector. 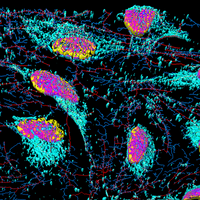