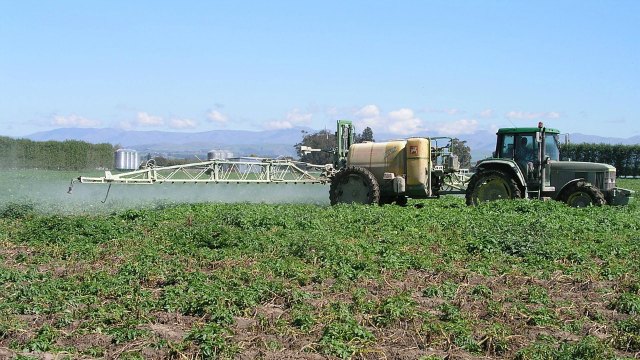 PIXABAY, SBJ04769Update (October 26): In a statement published October 24, the IARC “rejects these false claims” that it cherry-picked data on glyphosate. IARC explains that the differences between the draft document and the report center around a review paper coauthored by a Monsanto scientist: “. . . the Working Group considered that the review article did not provide adequate information for independent evaluation of the conclusions reached by the Monsanto scientist and other authors; consequently, the draft was revised, and the text in the published Monograph is the consensus opinion of the Working Group.”

IARC stands behind its conclusions.

In writing a report about the cancer risk of glyphosate, a key ingredient in Monsanto’s weed killer Roundup, the World Health Organization (WHO) edited out references to evidence that the pesticide does not cause cancer in animals, Reuters reports in a story published yesterday (October 19).

The original report, as published, contradicts other analyses from groups around the world, according to Reuters. A subsequent analysis by a United Nations and WHO panel concluded that glyphosate from food was “unlikely” to pose a cancer risk to humans, for instance. The US Environmental Protection Agency and the European Food Safety Authority and the European Chemicals Agency have called glyphosate safe.

The conclusions of that 2015 report have had political consequences. Since its publication, Monsanto has faced litigation in the U.S. from people claiming that the pesticide caused their cancer. In the European Union (E.U.), a pending vote will determine whether to renew glyphosate’s license for sale in EU member states. If the vote is negative, glyphosate will be banned in the E.U. as of January 1, according to Reuters.

Reuters’s investigation suggests that those conclusions might have been different had the report been edited differently. “Reuters found 10 significant changes that were made between the draft chapter on animal studies and the published version of IARC’s glyphosate assessment,” according to the news report. “In each case, a negative conclusion about glyphosate leading to tumors was either deleted or replaced with a neutral or positive one. Reuters was unable to determine who made the changes.”

In two cases, for example, the report included a new statistical analysis that flipped the conclusion of a study from there being no significant link between glyphosate and cancer in mice to an association that was statistically significant, according to Reuters.

The IARC did not answer Reuters’s questions about changes to the report.