Update (June 18): The World Health Organization announced yesterday that it was dropping hydroxychloroquine from the Solidarity trial after new data suggest the drug is ineffective as a COVID-19 treatment or prophylaxis. A study published June 3 in the New England Journal of Medicine found that the drug did not prevent people exposed to SARS-CoV-2 from becoming sick, while findings released in a press statement from the UK RECOVERY trial on June 5 indicate that the drug does not improve survival or reduce hospital stay duration in COVID-19 patients.

Update (June 3): The World Health Organization today announced that it would be resuming hydroxychloroquine testing in its Solidarity Trial, following widespread criticism of The Lancet paper and the dataset it was based on.

The World Health Organization has suspended testing of the malaria drug hydroxychloroquine after a study published in The Lancet reported that COVID-19 patients taking the drug were dying at higher rates than other patients with the disease.

The study, which drew from a registry of more than 96,000 patients from 671 hospitals across six continents, concluded that patients given chloroquine, its less toxic derivative hydroxychloroquine, or either of the drugs in combination with antibiotics all had a significantly higher risk of death than patients not taking the drugs. They also had an elevated risk of heart rhythm complications, the study reported. The findings were published last week (May 22).

See “Chloroquine for COVID-19: Cutting Through the Hype”

In response to the findings, the World Health Organization (WHO) has suspended testing of hydroxychloroquine in its so-called Solidarity Trial, a project set up to test the efficacy of this and three other drugs as treatments for COVID-19.

“The steering committee met over the weekend, in the light of this uncertainty,” WHO chief scientist Soumya Swaminathan tells NPR. “We decided we should be proactive, err on the side of caution and suspend enrollment temporarily into the hydroxychloroquine arm” of the trial. The study organizers will review data that have already been collected and meet in the next couple of weeks to decide whether to resume testing with hydroxychloroquine.

Other health organizations have issued their own responses to the findings. The UK’s Medicines and Healthcare products Regulatory Authority, for example, has halted a trial of hydroxychloroquine in older people with COVID-19 and another preventive study, although a separate UK trial of the drug in COVID-19 patients is continuing, the Daily Mail reports.

Over the weekend, some statisticians and health scientists called the study data into question, noting, among other things, apparent uniformity of the patient populations across continents. For example, a table of summary data shows smoking rates that are between 9.4 percent and 10.3 percent for all six continents—a small range compared to the range of smoking rates in the general population of each of those continents.

Contacted by The Scientist, the study authors write that their results are in line with other studies that have found no benefit for hydroxychloroquine or chloroquine as treatments for COVID-19, and call for randomized controlled trials to follow up the work.

The authors further note that concerns about data uniformity stem from confusion about what the summary data table shows. The table contains “propensity score matched and weighted data,” not raw data, study coauthor Sapan Desai of Illinois-headquartered data analytics firm Surgisphere Corporation writes in an email to The Scientist. While the data are accurate, he adds, the team is working with The Lancet to provide an additional, raw-data version of the table in order to clear up the confusion.

In late April, the US Food and Drug Administration cautioned people against taking the drug outside of a hospital setting, highlighting hydroxychloroquine’s known association with serious heart problems. The European Medicines Agency made a similar warning, noting that neither hydroxychloroquine nor chloroquine had been shown to be effective at treating COVID-19.

US President Donald Trump told reporters earlier this month that he was taking a two-week course of the drug as a preventive measure—an announcement that was widely criticized by health professionals. Several governments, including the UK’s and multiple US states’, have been stockpiling hydroxychloroquine and planning their own trials with COVID-19 patients.

Clarification (May 27): This article has been updated to include more-detailed responses from the study coauthors. 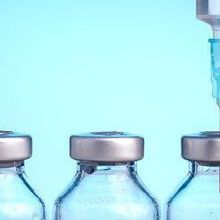