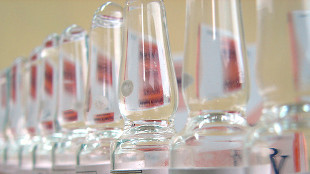 FLICKR, ZALDYMGWest Africa, the center of the ongoing, worst-ever Ebola outbreak, could soon be getting some relief, albeit experimental. World Health Organization (WHO) consultants have agreed that given “the particular circumstances of this outbreak, and provided certain conditions are met . . . it is ethical to offer unproven interventions with as yet unknown efficacy and adverse effects, as potential treatment or prevention,” the agency said in a statement released yesterday (August 12). The move comes a week after the WHO officially declared the outbreak a “public health emergency.”

But the biotech firms working on experimental Ebola treatments may not be in a position to provide adequate amounts of the compounds to relief efforts.

Drug development is expensive. Preclinical research is expensive. Clinical trials are expensive. A side effect of these crippling costs? Biotechnology firms that’ve produced the as-yet-unapproved Ebola treatments that the WHO just green-lighted—like Tekmira...

“The available supply of ZMapp is exhausted,” its maker, Mapp Biopharmaceutical, said in a statement this week (August 11), The Washington Post reported.

The WHO will reconvene at the end of the month “to discuss the far thornier ethical question of how to go about prioritizing the use of the drugs,” Nature News reported. In the meantime, Assistant WHO Director General Marie-Paule Kieny told reporters that her organization will act as a liaison between drug developers and Ebola-affected communities. According to Nature, Kieny said: “I don’t think there could be any fair distribution of something that exists in such small quantities.”

Bioethicist Arthur Caplan at New York University shared Kieny’s uncertainty. Over at NBC News, Caplan elaborated on the issues. Among them, he asked: “What priority should be given to particular persons or groups when there is not enough drug to go around?”

Overall, wrote Caplan, “much more ethical work needs to be done to create a sound infrastructure for compassionate use in humanitarian emergencies such as the Ebola epidemic.”