The population sizes of more than 4,000 animal species around the globe have shrunk by 60 percent between 1970 and 2014. That “grim” assessment comes from the latest report by the WWF’s Living Planet Index, which has tracked nearly 17,000 populations of terrestrial and aquatic vertebrates for more than four decades.

The declines are humans’ fault, according to the report. “Exploding human consumption is the driving force behind the unprecedented planetary change we are witnessing, through the increased demand for energy, land and water. . . . While climate change is a growing threat, the main drivers of biodiversity decline continue to be the overexploitation of species, agriculture and land conversion.”

The constriction of populations has been most dramatic in Central and South America and in the Caribbean: there, vertebrate abundance is only 11 percent of what it was in 1970.

Vox offers a note of caution when reading the data, clarifying that a 60 percent decline in many populations’ sizes does not mean a loss of 60 percent of total animals. “As science writer Tom Chivers stresses on Twitter, you can have two animal populations, one with 10,000 members and one with 10. If the population of 10 loses five members, that’s a drop of 50 percent. The population of 10,000 would need to lose 5,000 to record the same drop.”

The report does not anticipate a slowing of the resource use that has contributed to these animals’ disappearance. By 2050, it states, the amount of land on Earth not subject to human activity will collapse from the current one-quarter to just one-tenth.

“We are rapidly running out of time,” Johan Rockström, a global sustainability expert at the Potsdam Institute for Climate Impact Research in Germany, tells The Guardian. “Only by addressing both ecosystems and climate do we stand a chance of safeguarding a stable planet for humanity’s future on Earth.” 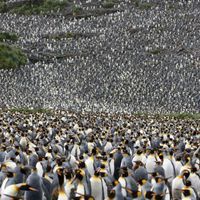 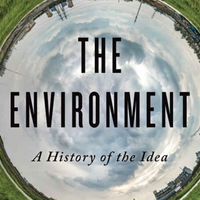 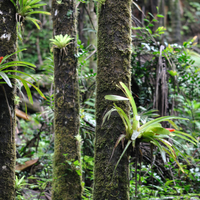