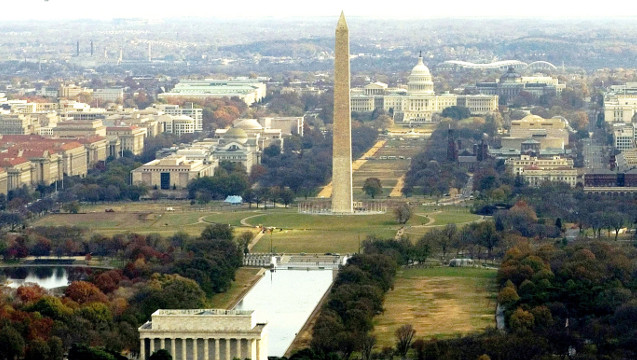 Over the last several days, as President Donald Trump signed one executive order after another, scientists across the U.S. were connecting to prepare a March for Science on Washington, DC. Yesterday, the organizers announced an official date for the demonstration—April 22, Earth Day. But amidst the excitement surrounding the event, some scientists have argued that a march may not be the best way to effect change.

In a widely circulated New York Times opinion article, coastal geologist Robert Young of Western Carolina University argued that the march is “a terrible idea,” as it could deepen the divide between conservatives and liberals, reinforce the idea that scientists are a political interest group, and ultimately increase the size of an existing echo chamber within the community.

“There’s a section of the American electorate—whether we like to acknowledge it or not—that has become skeptical of science. . . . I...

Young’s article was met with significant backlash on Twitter, as critics emphasized that science is—and has always been—political. “Science is not politicized because scientists are citizens or have political preferences. They always have been and do,” NASA climate scientist Gavin Schmidt tweeted.

“Science is already politicized on the left and right over certain issues,” biologist Danielle Lee, a visiting assistant professor at Southern Illinois University, told The Scientist.

“I don’t think that by having a march we’re creating that connection between science and politics,” said Jacqueline Gill, an assistant professor of ecology and biology at the University of Maine and a founding organizer of the March for Science. “That connection has always been there.”

“I think [the march] is a tremendous way of building what I see as solidarity and unity around the celebration of science and that in and of itself is not divisive, it’s unity,” Gill added. “There will absolutely be anger and frustration, as well, but the idea is that this is meant to be a pro-science event, not an anti-Trump event.”

However, Young said he worries that the march will “reinforce the narrative . . . that scientists do, in fact, have it in for the administration already—that scientists are predisposed to have a political bias against a new party being in power in Washington.”

Jonathan Haidt, a social psychologist New York University, expressed a similar sentiment on Twitter. “I’d join a scientists’ march on Washington. But this one aims for diversity in everything except politics,” he wrote.

“This is not the most effective strategy for convincing Congress that science is nonpartisan,” Haidt wrote in a later tweet. He instead said to “make a direct statement,” citing the Academics Against Immigration Executive Order petition, which he and more than 14,000 other scientists have signed to date. Haidt said he was unavailable for comment by press time.

Harvard psychologist Steven Pinker tweeted that the march “compromises its goals with anti-science PC/identity politics/hard-left rhetoric.” This concern, he explained, centered on an early description of the event posted to the March of Science webpage, which has since been updated.

The now-replaced description read: “many issues about which scientists as a group have largely remained silent—attacks on black & brown lives, oil pipelines through indigenous lands, sexual harassment and assault, ADA access in our communities, immigration policy, lack of clean water in several cities across the country, poverty wages, LGBTQIA rights, and mass shootings are scientific issues. Science has historically—and generally continues to support discrimination. In order to move forward as a scientific community, we must address and actively work to unlearn our problematic past and present, to make science available to everyone.” (A full archived version can be viewed here.)

“You take science, which is a unified toolkit that spans all ethnicities, genders, religions, races, et cetera, and we have a common cause,” said evolutionary biologist Jerry Coyne from the University of Chicago. “Then you split it up by using the social justice agenda, which divides people, and I think that's going to eliminate a lot of scientists from wanting to march.”

“I adhere to that agenda by and large,” Coyne told The Scientist, “but I want to march for [scientific] truth.”

The March for Science website’s revised statement endorses diversity and solidarity with minority and oppressed groups more generally. “The current [description] is different and I support it wholeheartedly,” Pinker wrote in an email.

“People need to acknowledge there is going to be diversity of messages because there is a diversity of scientists and science-lovers that will be participating. I think that is a feature, not a bug,” Gill said. “We have been aware from the beginning that there have been concerns about diversity and there has been pushback against us talking about it, but it has remained a core mission of the central organizing team.”

“I haven’t come out for or against [the march] yet, I just made it perfectly clear that if it wasn’t intentionally inclusive, I wouldn’t be a part of it,” said Lee. “In other words, seeing how they’re handling the critics and the pushback is important for me to know.”

Both march skeptics and advocates agreed, however, that additional action is needed to resist the current administration’s anti-science rhetoric and proposals. “There are lots of things you can do to support science—call your elected officials, especially when scientific issues come out,” said Gill. However they choose to do so, she added, scientists “need to become more visible.”