Two studies have cast further doubt on a 2009 report that a mouse virus is linked to chronic fatigue syndrome. The studies, both published Tuesday (May 31) in Science, point to lab contamination as the source of xenotropic murine leukemia virus-related virus, or XMRV, in cell samples from chronic fatigue patients.

As a result of these findings, both the scientific community and chronic fatigue patients "will ultimately have to accept the scientific proof that there's just no hint of a connection to that disease," Stephen Goff, a virologist at the Columbia University Medical Center in New York who was not involved in the study, told The Scientist.

Mikovits' 2009 paper reported that 67 percent of CFS patients, but only 10 percent of healthy controls, tested positive for XMRV. The...

The new studies prompted Science to issue an Editorial Expression of Concern, and the journal's editor-in-chief Bruce Alberts has asked the authors of the original paper for a retraction, according to the Wall Street Journal . In response, the original research team, led by Judy Mikovits of the Whittemore Peterson Institute in Reno, Nevada, sent a letter arguing that retracting the paper would be premature, arguing that five separate labs conducted the original study that found an association between CFS and XMRV, and that all reagents and cell lines were screened for both mouse and gammaretrovirus contamination.

In one of this week's studies, researchers led by Jay Levy, a professor of medicine atthe University of California, San Francisco, analyzed samples from 61 chronic fatigue patients from the Whittemore Peterson Institute, including 43 people that previously tested positive for the retrovirus. They found no hint of XMRV infection in any of them, despite using several detection methods. They also tested a random sample of reagents that are used in many labs to detect the virus (though not the exact ones used in the original study) and found many had mouse DNA , Levy said, suggesting that such products are prone to contamination.

Because early reports of XMRV appeared in prostate cancer cells, the second paper tested frozen tumor cell lines to traced the virus's origins and concluded it formed in a lab by the recombination of two mouse viruses in the 1990s. CFS, on the other hand, has been known since at least the mid 1980s, said team leader Vinay K. Pathak, a virologist at the National Cancer Institute in Frederick, Maryland. In fact, some of patients tested in the 2009 study were diagnosed with CFS before the virus was formed.

The new findings don't rule out an infectious agent as the cause of chronic fatigue syndrome, Pathak said. "We're just saying it's not this virus." 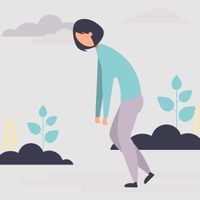