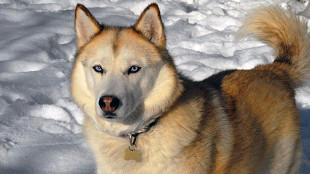 Domesticated dogs were already widespread in North America by the time Europeans first came to the continent in the 15th century, according to a study in the Journal of Human Evolution. Researchers from the University of Illinois sequenced mitochondrial DNA (mtDNA) from 42 dogs whose remains were found at centuries-old archeological sites and compared those data to previously published sequences. They found that ancient migrants to North America likely domesticated dogs around 9,000 years ago—more than 6,000 years after the first Eurasians crossed into the continent. “We were interested in seeing if we could see when dogs arrived in the Americas,” study coauthor Kelsey Witt of the University of Illinois told The Washington Post in January. “By the time Europeans arrived, they were pretty widely spread across the Americas.” 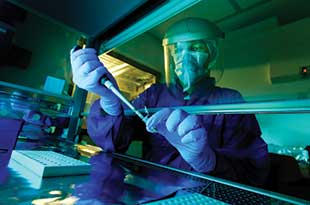 Studying modern genetic material also helped researchers trace the ancient migration routes of humans moving out of Africa more than 50,000 years ago. An international team of researchers sequenced the genomes of modern-day Ethiopian and Egyptian people, comparing them to European, Chinese, and Indian genomes. Their data suggested that humans moved out of Africa, where Homo sapiens first arose, through the Northern part of the continent rather than through a more southerly route, which archaeological evidence had previously supported.

Recent years have seen an avalanche of papers that contain analyses of ancient DNA. And researchers have been able to sequence increasingly older material. Much of this progress in the field has been facilitated by great strides in methodology and technology, with new sequencers, new protocols, and new reagents allowing ancient DNA scientists to push back the genetic clock ever further.

The Neanderthal in us

An ancient jawbone, plucked from a cave in Romania, yielded genetic clues about the relationship between H. sapiens and our Neanderthal cousins. Scientists were able to sequence DNA from the 40,000-year-old skeletal remain, and they found that it harbored about 6 percent to 9 percent Neanderthal DNA—about twice the Neanderthal signal that exists in non-African human genomes today. The data also indicated that the individual may have had a Neanderthal relative only four to six generations back. 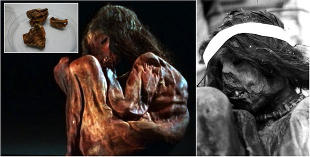 Researchers extracted mtDNA from the boy’s preserved lung (inset).PHOTO REPRODUCED FROM SCIENTIFIC REPORTS WITH PERMISSION FROM THE UNIVERSITY OF CUYO

Ancient DNA from a 500-year-old Incan mummy yielded clues regarding the ancestry of Native Americans. The mtDNA of a 7-year-old Incan boy who was sacrificed centuries ago helped researchers identify a genetic subgroup that likely arose in the Andes Mountains more than 14,000 years ago. The boy’s mitochondrial genome contained a specific arrangement of nucleotides that placed him in the so-called C1bi subgroup, to which only four other people—three modern individuals from Bolivia and Peru one from the ancient Wari Empire of Peru—have been assigned.