The sensation of perceiving a smell can be induced in people by using electrodes to stimulate the brain’s olfactory bulb, researchers report today (November 27) in the International Forum of Allergy & Rhinology. The results, they suggest, are a proof of concept that it would be possible to develop an “olfactory implant system” to aid people with an impaired sense of smell, known as anosmia.

“Our work shows that smell restoration technology is an idea worth studying further,” says coauthor Eric Holbrook of Massachusetts Eye and Ear Infirmary in a press release. “The development of cochlear implants, for example, didn’t really accelerate until someone placed an electrode in the cochlea of a patient and found that the patient heard a frequency of some type.”

Holbrook and colleagues enrolled five subjects in the study who were able to smell. Three of them reported perceiving odors not actually present when the researchers stimulated different parts of their olfactory bulbs with electrodes inserted through the nose, a procedure the study authors say caused “minimal discomfort.” Subjects described the smells as “onion-like,” “antiseptic-like,” “sour,” “fruity,” or simply “bad.”

The finding follows a report earlier this year that electrically stimulating structures high up in the nasal cavity produced smell sensations. The scientists who conducted that study at Malaysia’s Imagineering Institute aim to one day transmit smells electronically, reportes IEEE Spectrum—for example, to give restaurant-goers a whiff of dishes on the menu as they decide what to order.

As in the Massachusetts Ear and Eye study, the Imagineering Institute researchers weren’t able to control which odor the subjects perceived. The Malaysian team suggests the digital smells could be transmitted through a noninvasive headset, rather than with electrodes up the nose, which their volunteers found quite uncomfortable. As coauthor Kasun Karunanayaka tells IEEE Spectrum, “A lot of people wanted to participate, but after one trial they left, because they couldn’t bear it.” 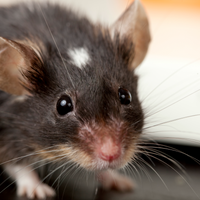