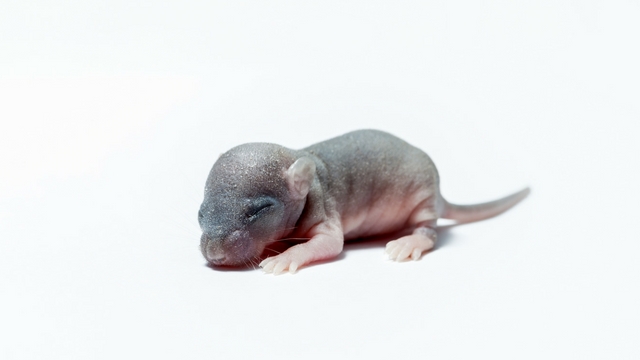 Pregnant women and their children bear the destructive brunt of Zika, and since appreciating the connection between prenatal viral infection and the irreparable fetal harm associated with Congenital Zika Syndrome, independent groups of scientists are taking initial steps toward protecting those most vulnerable.

In a first-of-its-kind study published today (July 13) in Cell, researchers demonstrated that in mice, either of two vaccines—a live attenuated virus and a non-replicating, modified mRNA vaccine—can impede Zika transmission from mother to baby in utero. These data come two weeks after a multi-disciplinary collaborative of bioethicists, physicians, and immunologists published a set of guidelines outlining how to conscientiously incorporate pregnant women into Zika vaccine trials.

Because “pregnant women and their children are so the eye of the storm,” explains the collaborative’s principal investigator and bioethicist Ruth Faden of Johns Hopkins University, the scientific community is largely on...

Viral RNA is evident in the placenta following placebo (first two panels on the left), whereas following immunization with the mRNA vaccine, the placenta is protected (third and fourth panel on the right).

Zika vaccines have emerged with “unprecedented speed,” write the authors of the guidance, resulting in about 40 vaccines currently in various stages of development, some of which have advanced to human trials. However, none of these vaccine candidates have yet been tested in pregnancy, and it’s not yet clear whether any are capable of protecting the fetus.

By demonstrating that immunizing female mice before they become pregnant protects their offspring from the virus, “[the Cell report] answers a key question,” says University of Nottingham virologist Jonathan Ball, who was not part of the study. Namely, that vaccinating a mother can also shield her fetus from the devastating consequences of the virus. “It is the first study that I’m aware of that shows that you can prevent the serious complications that occur,” says Ball.

The two vaccines used in the present study produced comparably high levels of antibodies when administered to female mice. The modified mRNA vaccine encodes two antigenic viral proteins that sit on the surface of the virus, explains co-lead author Pei-Yong Shi, a University of Texas virologist and former Novartis executive. When the mRNA is translated into proteins, it self-assembles into a non-infectious, non-replicating mini viral particle that prompts an immune response against the virus.

Because its genetic material is limited, the mRNA vaccine may lack the ability to generate T cell responses, explains co-lead author Michael Diamond of Washington University School of Medicine in St. Louis. The novel, live-attenuated, replicating Zika strain, on the other hand, can generate more potent, lasting immunity, says Shi.

After becoming pregnant, mice were infected with a pathogenic Zika strain. One week later, the virus invaded the tissues, placentas, and fetal brains of non-immunized mice. This viral onslaught, however, was strikingly restricted in mice previously immunized with either vaccine, although, says Stephen Thomas, chief of the infectious diseases division at the State University of New York’s Upstate Medical University, fetal infections were not completely prevented. Diamond says the live-attenuated vaccine was better at protecting against placental and fetal viral transmission. It’s hard to make a definitive comparison, he notes, because the experiments weren’t run at the same time.

When the researchers replicated the experiment to allow the mice to carry to term, a large proportion of fetuses from non-vaccinated mice did not survive, while more than 90 percent of fetuses from mice immunized with either vaccine were born without detectable signs of disease.

While the present data are encouraging, “mice are mice and men are men,” Ball points out, and as the authors also acknowledge, these results need to be replicated in human women.

To reach the goal of protecting fetuses, there are two approaches: immunize women before they are pregnant or during pregnancy. Faden’s team, whose work was funded by the Wellcome Trust, argues that including pregnant women in vaccine trials is critical, and merely targeting women of childbearing age will leave women who are already pregnant unprotected.

Anthony Fauci, director of the National Institute of Allergy and Infectious Diseases, posits that the most effective and safest option would be to administer the vaccine prior to pregnancy. According to Fauci, “one of the issues with [vaccinating] pregnant women is that the horse is out of the barn,” meaning that once they’re pregnant and living in a high-risk area, there’s a chance they’ve already been exposed.

"It's profoundly unfair for there not to be vaccines that pregnant women can take when there are outbreaks or epidemics."—Ruth Faden, Johns Hopkins University

Also, vaccinating pregnant women with certain vaccines, such as live-attenuated or replicating viruses, is theoretically risky because they could cross the placenta and infect the fetus. Another fear is that the vaccines will cause birth defects. But in the case of Zika, says Arthur Caplan, head of the division of bioethics at New York University School of Medicine, this is precisely what they’re meant to prevent.

“It’s morally incumbent to test [Zika vaccines] in the population for which [they’re] intended to benefit,” says Caplan. He did not participate in the work, but authored a paper currently under review that essentially advocates for the same outcome. “We’re actually a little stronger than this report in that we’re arguing that not only should you include [pregnant women], we think they ought to go first.”

Oftentimes, excluding pregnant women from clinical trial opportunities ends up hurting their health, adds bioethicist and lawyer Seema Shah of the University of Washington School of Medicine and Seattle Children’s Hospital. It’s clear that “allowing pregnant women to benefit from research when there’s a good chance that the product being tested is likely to help them, especially when there are no good alternatives out there.”

After consulting with more than 60 outside experts, Faden’s working group came up with a set of recommendations hinging on three main arguments, the first of which is that vaccines suitable for pregnant women need to be developed. Secondly, data on vaccine safety and efficacy during pregnancy should be collected, even throughout trials targeting women of childbearing age, as some women will likely become pregnant.

Finally, pregnant women living in high risk areas who stand to benefit from Zika vaccine trials should have access to them. Researchers would conduct the trials in high risk areas to glean, as quickly as possible, if there’s a protective effect. Contingency plans, such as implementing systems for monitoring women’s health and compensation policies in the case of vaccine-related injury, can ensure that such trials are done responsibly, says Caplan.

Even with a clearly articulated set of guidelines, says Caplan, “it’s going to take a certain amount of courage to overcome customs of excluding pregnant women.”

Who gets a vaccine?

In July of 2016, The World Health Organization (WHO) released a Zika virus vaccine target product profile (TPP), indicating that researchers should focus their efforts on creating vaccines for women of childbearing age.

“Would we have liked it better if the WHO had named pregnant women as the target population for the development of the vaccine from day one? Yes,” says Faden.

“But the WHO came around,” she says, and was pleased that their updated TPP released in February 2017 specifically identified pregnant women as a target population. “That was progress,” says Faden. SUNY’s Stephen Thomas, who was consulted in the development of the TPP, says that at the time the first one was conceived, the link between Zika and birth defects still was evolving.

“In principle, WHO supports the inclusion of pregnant women in research, especially on issues that are relevant to them, which is the case for Zika, provided that adequate protections are in place including a robust risk benefit analysis and a well thought through consent process,” says acting WHO media coordinator Monika Gehner, in a statement emailed to The Scientist.

Since issuing its guidance, Faden’s group has begun a related project on the inclusion of pregnant women in vaccine research and development for emerging pathogens. “It’s profoundly unfair for there not to be vaccines that pregnant women can take when there are outbreaks or epidemics,” says Faden. “There’s nothing about pregnancy that keeps you from getting an infectious disease.”