In May, the government of Zimbabwe announced a law that allows farmers to grow and sell cannabis for medical and research purposes. The country becomes only the second in Africa to permit medical marijuana, Lesotho being the first to do so in 2017.

The new policy would give researchers in Zimbabwe the ability to conduct their own clinical trials and investigate potential new therapies. And last month, the former minister of Health and Child Care, David Parirenyatwa, told a Zimbabwe Medical Association conference that the government plans to establish a research institute that will position the country as a hub for medicinal cannabis.

The announcements created some buzz in the country, that perhaps a lucrative biomedical marijuana enterprise could emerge in Zimbabwe. But high costs and uncertaintly about the government’s investment in cannabis science have tempered excitement.

“We need to domesticate our own research, and for us to do that, we need to conduct our own research, own data, and to conduct our own clinical trials, which will give us a competitive advantage in the cannabis business,” says Zorodzai Maroveke, founder and CEO of the Zimbabwe Industrial Hemp Trust, a lobbying organization. “Presently, we have not done any clinical research research on cannabis.”

Maroveke says export and domestic use of cannabis are both being considered. But licenses to cultivate marijuana cost $50,000 USD, and she is concerned that few growers will participate.

Biomedical scientist and acting dean at the Faculty of Science at Bindura University of Science Education, Walter Chingwaru, says in an email to The Scientist that he supports the development of medical marijuana research in Zimbabwe, but he hopes the government will support the new access by funding research on cannabis.

“It is my greatest hope that government has mechanisms in place to facilitate research in this field,” Chingwaru writes. “Cannabis can be part of the solution rather than a problem itself—as long as the venture is well controlled.”

Tendai Kureya, executive secretary of the Medical Research Council of Zimbabwe, the regulator of medical research, says cannabis is a new area and his organization needs to develop a framework for acceptable projects. Proposals will go through a rigorous approval process, says Kureya. And scientists will need to purchase a license to conduct cannabis experiments that costs $5,000 USD.

“At the moment, we don’t have in our database anyone who has indicated they want to do research directly because of pronouncements by the government,” Kureya tells The Scientist. “But we have the capacity to regulate the industry, and we know that there are a number of health problems where cannabis will definitely play a role, according to research that has been done elsewhere.” 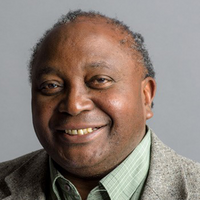 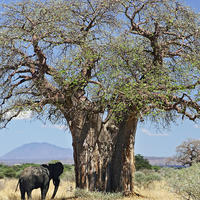