Mary-Dell Chilton had journeyed from the West Coast to New York City in September 1977 to demonstrate her discovery to one of the most important plant scientists in the world, Armin Braun, a professor at Rockefeller University. Braun theorized that Agrobacterium somehow triggered a developmental change in plants, resulting in the tumors associated with crown gall disease. Subsequently, at the University of Washington in Seattle, microbiologist Gene Nester, plant viral RNA biochemist Milt Gordon, and Chilton, a biochemist, had shown that the bacterium inserted a sliver of its own DNA, causing the tumors. Braun was an eminent scientist nearing the end of his career; Chilton, a promising professor. She spoke for three hours. "It was teaching him," Chilton recalls today. "I was spoon-feeding him the genetic chemistry we had done, piece by piece. That was the highlight of my young career."

In the end, Braun accepted the new theory. "[Braun] said, 'Mary-Dell, you have convinced me there was DNA moving from the Agrobacterium into the plant,'" relates Andrew Binns, biology department head and Carolyn Hoff Lynch professor of biology at the University of Pennsylvania, who worked with Chilton. "He had to swallow that the previous 15 years of his work was incorrect. She was a good teacher."

Chilton, who left academia in the 1980s to join the private sector, has leaned on that teaching skill more often than she perhaps ever reckoned. As a pioneer in the science of transgenic plants, she is sometimes forced to defend her work to environmental groups, such as Greenpeace and Environmental Defense, who want to stem international trade in genetically engineered food crops. "I never envisioned that that could happen—the environmentalists' slap," she says. "I'm still astonished at that, I don't understand it."

In 1977, the multidisciplinary team at the University of Washington in Seattle showed that Agrobacterium inserted Ti plasmid DNA into a plant. And in the mid-1980s, work by Chilton's group at Washington University in St. Louis, in collaboration with Binns at Penn showed that the bacterium could be used as a gene vector. For her contribution, she received the 2000 John Scott Award and was granted the 2002 Benjamin Franklin Medal in Life Science this month.1 Past winners of the purely honorary Franklin medal include Jonas Salk and Judah Folkman. "She not only made the key discovery, but went on to use that mechanism to engineer that process," says Philip Hammer, vice president of the Franklin Center, a division of the Franklin Institute that administers awards.

Characteristically, Chilton credits colleagues and collaborators for their part in the research that now allows scientists to insert pesticides and herbicides into plants as well as to inject them with vitamins or minerals that could be beneficial to humans. "The symbolic coming of age of genetic engineering occurred at the Miami Winter Symposium Jan. 18, 1983," Chilton writes in a scientific memoir.2 "During one session Jeff Schell [now director of the Max-Planck-Institut für Züchtungsforschung], Rob Horsch from Monsanto, and I all gave talks about Agrobacterium and its adaptation as a gene vector for plants.... It was clear from progress from all three groups that crop improvement by genetic engineering would become a reality."

Shortly after Chilton published her work showing that Ti plasmid could be used as a vector, she agreed to take a position with the biotech company Ciba-Geigy Corp., which has since evolved to Syngenta Inc., based in Research Triangle Park, NC. Private industry, she asserts, allowed her to put her science to work for public benefit.

The Art of Physics

Chilton did not embrace her discipline as a child. She dropped her plans to pursue an arts career after a compulsory high-school test showed she had a knack for science. A physics student as a freshman, she shifted to chemistry and microbiology. "I could begin to ask questions that people didn't know the answer to yet," she relates, saying big physics questions were beyond a beginner's ken. "In biology they were right in front of you, ... the research frontiers were close at hand and students could begin to do the important work."

The transgenics plant research at Washington University has prompted important work, including the development of golden rice, a grain engineered to provide beta-carotene, a protein often missing from Third World diets. Syngenta and Monsanto Corp., under attack by environmentalists, have donated their patents for key research related to developing this grain, so the rice will cost little.

But the donation has failed to squelch protests that challenge the legitimacy of the scientific method, question whether altered genes will harm other species, and even dispute the value of protein-fortified grain, saying Third World children may not be able to digest it. "It is possible to add new traits, really new substances to plants, that could have human health effects," says Rebecca Goldburg, senior scientist for Environmental Defense.

Such criticisms frustrate Chilton, for the public sometimes distrusts industry scientists, and yet, misunderstandings force many plant scientists to educate the public. "We should take more responsibility for teaching...[about] what the technology is and how it works," Chilton urges. "Because what is alien tends to be scarier than what is known."

Paula Park can be contacted at ppark@the-scientist.com 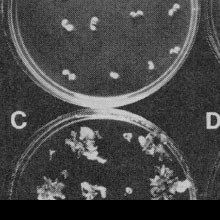