Clinical trials are under way in the United States to test new uses for angiotensin I-converting enzyme (ACE) inhibitors, as lab researchers around the world continue to compile evidence of further possibilities for the antihypertensive drugs. Meanwhile, a paper to be published this month presents a detailed theory that ACE functions at the start of a signaling pathway common to major diseases that are otherwise unrelated.1

At Wake Forest University, internal medicine professor Marco Pahor is heading a trial of ACE inhibitors and novel cardiovascular risk factors in 290 people over age 55. New indications for the drugs could follow, such as prevention of age-related muscle wasting and physical disabilities in which inflammation may play a role. "Our hypotheses are that ACE inhibitors favorably affect inflammation, fibrinolysis, oxidative stress, and endothelial dysfunction," Pahor says.

At the University of Pittsburgh, a trial involving 70 patients is attempting to determine whether ACE inhibitors can improve cognitive deficiencies by rebuilding cerebral blood vessels damaged by hypertension. "We are comparing the effect of one year of treatment with a beta-blocker and an ACE inhibitor on the pattern of cerebral blood flow changes in response to a working memory task," explains psychiatry professor J. Richard Jennings.

Many other researchers have reported promising discoveries since the 1988 cloning of the gene and subsequent identification of polymorphisms that raise plasma ACE concentrations. A few examples of such potential new therapeutic uses are: tumors mediated by vascular endothelial growth factor,2 pancreatic cancer,3 glaucoma,4 and even anthrax.5 Originally approved by the Food and Drug Administration in 1981 for refractory hypertension, ACE inhibitors have since become treatments for congestive heart failure, myocardial infarction, diabetes, chronic renal insufficiency, and atherosclerotic cardiovascular disease. Hypertension is significantly associated not only with those conditions, but also with cerebrovascular disease, neoplasms, endocrine disorders, gastrointestinal diseases, psychiatric disorders, dementia, skin problems, and blood diseases.6

A recent paper by nephrologist David W. Moskowitz extends the potential effectiveness of ACE inhibitors to about 40 diseases embracing all those categories.7 But Moskowitz, chairman and chief medical officer of St. Louis biotech startup GenoMed, does not argue that these conditions have hypertension in common; instead, he says they share overactivity of ACE. Genotyping more than 10,000 patients, he found that those with a 25-nucleotide ACE deletion-deletion polymorphism--which increases the enzyme's activity--had a higher risk than normal of contracting diseases as different as stroke, obesity, emphysema, bipolar affective disorder, and numerous cancers. Although the odds ratios he presents for many of these ailments are relatively low, he attributes that in part to their polygenic nature.


THEORY OF ACE In developing a complex theoretical explanation for his results,1 Moskowitz provides evolutionary clues. When closed circulatory systems arose in chordates an estimated 540 million years ago, ACE began a duplication that has been retained in all species. The original gene, testicular or germinal ACE, resulted from transcription in the male reproductive system of a simpler gene. The duplicate, somatic ACE, is widely expressed, particularly in tissue of the vascular pulmonary endothelium. This duplication gave rise in mammals to an ACE "mechanosensor" that made possible the higher blood pressure of closed circulations, Moskowitz suggests.

cleaving angiotensin I into angiotensin II, which both constricts vessels and strengthens their walls. Moskowitz proposes that somatic ACE senses quickened blood velocity that indicates increased upstream pressure. It then reduces downstream pressure by causing constriction, in the way that man-made piping systems use flow and pressure sensors and computer-controlled valves.

His path to this conclusion began in 1984, when he worked in a thyroid hormone lab where a dog model was being studied. After removing a kidney, he found that calcium uptake was much higher in the endoplasmic reticula of the second kidney's cells. "What I stumbled into was renal hypertrophy," he says. Normally, this increase in bulk of the remaining kidney as it attempts to compensate for the absence of its partner will stop after awhile, but when it persists, chronic renal failure occurs. Moskowitz began looking for the trigger to this harmful growth. Based on the prevailing idea that escalating blood flow stimulates kidney hypertrophy, he analyzed data from laser-Doppler flowmetry he had done on the renal cortex of rats after a kidney removal, to monitor blood volume and velocity. Multiplying these two measures gave him the blood flow. To his surprise, he found that velocity increased and then stabilized, volume decreased, and flow increased briefly, then fell in parallel with declining volume. The only explanation was that an early event in compensatory renal growth is not vessel dilation, but constriction.8 "It then became clear," he says, "that the trigger would be a vasoconstrictor."

Ang II was the obvious choice, given the hypertrophy that can result from its overactivity. This also would explain the usefulness of ACE inhibitors in treating many diseases, because Ang II's effects turn from good to bad as a person ages. For example, it causes the degradation of bradykinin, a potent vasodilator. This is helpful when, say, someone is bleeding from an injury, but it can be harmful to an elderly patient with hardening arteries. Ang II also increases oxygen demand, which can lead to oxidative stress that, in turn, causes the endothelial dysfunction preceding atherosclerosis. Moreover, it activates thrombin to initiate clotting, encourages fibrosis, and stimulates expression of endothelin, another potent vasoconstrictor.

Endothelial cells are required for vasoconstriction, and Moskowitz notes that ACE's position on the plasma membrane of such cells is ideal for what it does. He proposes that it senses changes in shear stress on vessel walls, the mechanical signal upon which closed circulations are built. This stress isn't detected as blood pressure, which can vary from heartbeat to heartbeat, but as blood velocity. The enzyme then translates these changes in force into changes in the concentration of signaling molecules. To explain further, he zooms in on ACE, which sits in the cell's "unstirred" layer, where neither fluid velocity nor shearing forces pertain. Although the layer may be only about one nanomolar thick, that is perhaps 100 times the height of an ACE molecule, which therefore cannot sense shearing from blood flowing lengthwise to the vessel wall. But blood also can flow turbulently, changing directions quickly, often with a component that is perpendicular to the vessel wall. Moskowitz thinks that ACE can sense shearing from turbulent flow.

TWO ACTIVE SITES The way it does this might best be explained by its shape, but the enzyme has not yet been crystallized. Undaunted, Moskowitz employs comparative molecular evolutionary techniques to theorize that it is shaped like a lollypop, spinning on its stick to orient in the direction of the flow, as endothelial plasma membrane molecules generally do. But when cholesterol and fatty acids thicken membrane fluidity, ACE spins more slowly and is caught broadside. The enzyme has two active sites, in the C-terminal and N-terminal domains. Both have a tripeptide that differs only in its middle amino acid, which is charged at the C-site and neutral at the N-site in all vertebrates. This leads Moskowitz to suspect that the tripeptide is an autoinhibitor that binds the active site and must be released before substrate can bind. He postulates that both domains contain a flap-covered groove containing the tripeptide. The C-site's flap lifts in response to chloride in the circulation, but the N-site's flap can be dislodged only by shearing force, when the molecule doesn't turn quickly enough and is broadsided by turbulent flow. In vitro, the N-site accounts for only about a quarter of the enzyme's activity. In vivo, its activation may be how ACE is regulated.

This would explain evidence compiled by Moskowitz in a three-year, noncontrolled trial of 1,000 patients, which showed that some ACE inhibitors are more effective than others.9 The 10 such drugs currently on the US market are generally considered to be of equal effectiveness. Moskowitz argues that all ACE inhibitors bind to C-terminal active sites, but only hydrophobic ones bind to the occluded N-site and therefore are better at blocking Ang II production. His evidence also supports use of significantly higher doses than the clinical standards.

Researchers led by Vincent Dive at the French Atomic Energy Commission have developed specific inhibitors of ACE's two domains, which they will use to observe consequences in vivo on the metabolism of the two key substrates, Ang I and bradykinin.10 For example, they'll try to block one of the substrates without influencing the cleavage of the other one, a result that could lead to new therapeutic applications. One such possibility is to protect hematopoietic tissue during cancer chemotherapy. Dive points out that ACE may interact with other membrane-bound proteins on the endothelial cell surface, including bradykinin receptors. "Thus, in vitro experiments performed with solubilized ACE should be interpreted with great caution," he warns. But he adds that previous in vitro evidence of chloride's important role in C-domain binding suggests a difference between the two active sites that is confirmed by the development of site-specific inhibitors.

10. C. Junot et al., "RXP 407, a selective inhibitor of the N-domain of angiotensin I-converting enzyme, blocks in vivo the degradation of homoregulatory peptide acetyl-ser-asp-lys-pro with no effect on angiotensin I hydrolysis," The Journal of Pharmacology and Experimental Therapeutics, 297:606-11, 2001.
Related Articles 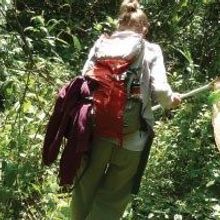