Your ancestors didn't travel to the New World on the Mayflower? Not listed in Burke's Peerage and Baronetage? No worries, mate. For a couple of hundred bucks, Oxford Ancestors, a new British biotech company, will add cachet to your lineage by extending it back at least 10,000 years. You may be more of a blueblood than you know, a long-lost cousin to royalty. 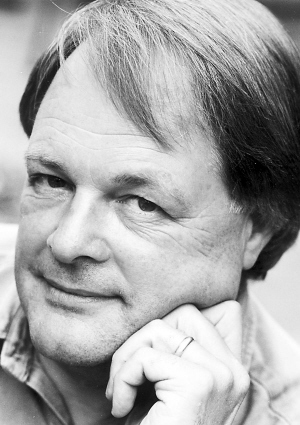 Take commoner Bryan Sykes, for instance, who is professor of human genetics at the University of Oxford and founder of Oxford Ancestors. Sykes has discovered he is related to Nicholas II, last Tsar of Russia. And now the mitochondrial DNA analysis Sykes applies to his own family tree is available to everyone. Building on Sykes' research on the genetic origins of human populations, Oxford Ancestors is the world's first company to place mitochondrial DNA analysis in the service of genealogy.

The Window to Ancestry

Sykes' window into ancient ancestry is sequence variation in a part of the mitochondrial chromosome known as the control region. A stretch of nucleotides about 500 bases long, the control region encodes no protein, and for that reason encounters no selective pressure against mutation. Mitochondrial DNA mutates slowly, acquiring base changes approximately once every 20,000 years; it never recombines; its abundance, hundreds to thousands of copies per cell, explains why ancient bones may still have fragments of mitochondrial DNA long after nuclear DNA degrades completely. These attributes and the unwavering rule of maternal descent are behind researchers' extraordinary ability to chart how Homo sapiens spread afoot and afloat to every corner of Earth.

Human mitochondrial DNA ultimately traces back to a single woman living in Africa about 150,000 years ago. She alone, of all women then living, never suffered extinction of her mitochondrial line by descendants who went childless, or bore only sons. She has been called Mitochondrial Eve. During the thousands of years humans took to migrate across and then out of Africa, mutations arose in Mitochondrial Eve's DNA. Surveys cluster those mutations into just a handful of clans, each stemming from one woman living thousands of years ago.

Sykes' mission has been to follow Eve's descendants. For more than 10 years he has studied thousands of mitochondrial sequences from people around the world. By interpreting variations in control region sequences in the light of where donors live, a picture emerges of where and when prehistoric mitochondrial clans discovered lands to call home.

His debut in molecular archaeology happened by chance. In 1988, excavation near Oxford in preparation for erecting a supermarket unearthed what looked like a medieval cemetery. Sykes, then researching brittle bone disease (osteogenesis imperfecta), was allowed to try to extract DNA from thigh bones removed from the gravesite. With colleagues Erika Hagelberg and Robert Hedges, he amplified human mitochondrial DNA from the bones. Their achievement (in pre-PCR machine days), was the first amplification of DNA from human archaeological remains.1

In Africa, 13 mitochondrial clans descend from Mitochondrial Eve. According to Sykes, humanity's migration out of Africa is the journey of just one of them. He speculates that the founder, "the Mitochondrial Eve of the rest of the world," came from Kenya or Ethiopia. Around 100,000 years ago, some of her descendants, traveling perhaps in small bands, moved into the Near East. There this woman's descendants remained and multiplied for more than 50,000 years, before offshoot clans bearing more recent control region mutations set out for Europe.

Sykes did not foresee that his European clan studies would change his outlook on his own work, or launch him toward becoming an entrepreneur. As he explained in a recent lecture at the Smithsonian Institution in Washington, DC, he regarded his work for some years as an intellectual game. Then one day, as he contemplated his discovery that 95 percent of Europeans belong to one of seven mitochondrial clans, for the first time the thought reached him emotionally that each clan inevitably began with just one woman, someone who would have been alive at the time the clan is dated. "And so I began to think of them as individuals," he says, "and I still do."

That was when he gave them names: Helena, Jasmine, Katrine, Tara, Ursula, Velda, and Xenia. They lived in Neolithic and Paleolithic Europe between 10,000 and 50,000 years ago. Thinking about them motivated Sykes to research what their lives might have been like, when and where they had lived. "As a literary device," he says, "this transformed what was a rather dry, academic work into something with much deeper meaning." He tells their story and other mitochondrial adventures in a book, The Seven Daughters of Eve  (W.W. Norton & Co., 2001).

There he also recounts his tortuous road toward scientific acceptance of his work. In 1995, Sykes proposed a radical revision of the European prehistory that had been built on blood group studies. Sykes claimed that no more than 20 percent of Europeans have Middle-Eastern origins.2 This low percentage challenged the belief that farming cultures, who immigrated to Europe from the Middle East about 10,000 years ago, destroyed the Europeans already there, the so-called hunter-gatherers. In theory, the much better fed farmers had the strength for a gigantic land grab, cutting down hunter-gatherers like a scythe reaping hay. But Sykes insisted that was not what happened: The hunter-gatherers, who first entered Europe about 50,000 years ago, were never overwhelmed, never died out. Through their descendants, they are most of today's Europeans.

Criticism was swift: Mitochondrial mutation rate estimates were way off; sequences were misdated and, in fact, much younger than Sykes claimed, and hence perfectly compatible with the land grab hypothesis; and, of course, mitochondrial DNA was but one genetic marker.

Sykes waited five years for vindication, which came in the form of a study of European genetic prehistory according to Y-chromosome mutations. Luca Cavalli-Sforza and his associates,3 discovered that Europe was settled by 10 Y-chromosome clans. With regard to Neolithic farmers and Paleolithic hunter-gatherers, they concurred with Sykes: The modern European gene pool is one-fifth Neolithic, four-fifths Paleolithic.

The mitochondrial matriarch of the Middle Eastern farmers is Jasmine. Sykes' clan-mother is Tara, who may have lived in northern Italy about 17,000 years ago. Tara was also ancestor to Tsar Nicholas. As Sykes' work has become known, he has been showered with requests from people interested in identifying their European clan-mother, or linking themselves to one of the 13 clan-mothers of Africa, or 13 other world matriarchs. When requests grew more than his laboratory could handle, he set up Oxford Ancestors. Many of the company's customers permit their sequences to be anonymously used in Sykes' ongoing research on the genetic origins of the British people. This is his Oxford Genetic Atlas Project, with over 14,000 records, a gathering of raw material for a map of the boisterous British gene pool, mixed with Angles, Saxons, Nor-mans, Celts, Vikings, and Roman legionnaires.

Sykes also takes an active interest in Y-chromosome genetics. Stories from Y chromosome mutations followed from father to son through the centuries and around the world enrich what scientists know from mitochondria. A case in point is the settlement of Polynesia. Mitochondrial mutations rule out the possibility that favorable westward ocean currents brought settlers to Polynesia from South America; the people of the South Pacific islands came from areas near the coast of China and from New Guinea. Y chromosomes, however, are not always Asian. In some islands, 30 percent of Y chromosomes come from the other side of the world, legacies of the voyages for trade and empire of European sailors.

Closer to home, Sykes has learned that he and half of British men named Sykes have inherited the same Y chromosome.4 Their surname originates in Yorkshire in the 13th century, pointing to that part of England as home to their common namesake. When researchers agree on standards for classifying Y-chromosome genealogical data, Oxford Ancestors will offer Y-chromosome analysis to any man curious enough to pay their price. To many, this will have tremendous appeal. For he who bears an ancient patriarch's Y chromosome builds on roots more durable, and deep and strong, than those embedded in tales of gilded halls, liveried footmen, and crested coats-of-arms.

Tom Hollon (thollon@starpower.net) is a freelance writer in Rockville, Md.