The number of 1992 award recipients was significantly less this year than in previous years. The 1991 crop of both science and tecbnology medal winners, for example, totaled 33; the medals numbered 31 in 1990 and 22 in 1989.

As in previous years, few women received the medals: Only two women were honored in the June 23 White House ceremony. Last year there were three, the year before saw only one, and in 1989 there were two.

During the ceremony, Bush characterized this year's awards, which include no monetary gifts, as saluting men and women who have “explained the frontiers of science on canvasses as infinitesimal as a single human cell... 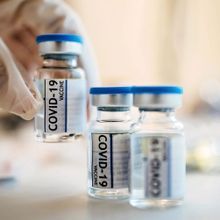