"Drink milk," advertisements demand. Fight osteoporosis before bone loss occurs. They make a good point, considering that nothing on the market will restore a significant amount of lost bone mass. Current therapies can only stop or help slow down the process. However, scientists at Chiroscience Research and Development in Bothell, Wash., hope to actually treat osteoporosis.

They have identified a novel gene coding for a protein that may be involved in bone-density control. This "bone mass gene" is altered in all patients suffering from a rare bone growth disorder known as sclerosteosis. The condition is found in the Afrikaner (South African of Dutch descent) population and causes bones to gain mass throughout the affected person's life, the opposite of osteoporosis. Cells called osteoclasts dissolve worn-out bone while other cells called osteoblasts generate new bone. As people age, bone removal exceeds bone formation. When this happens too quickly or when people don't form enough bone mass, structural deterioration of bone tissue leads to osteoporosis.

The discovery of the bone mass gene is the result of collaboration between the Chiroscience team and academic researchers at the University of Cape Town in South Africa. Researchers in South Africa, Peter Beighton, Herman Hamersma, and graduate student Jessica Gardner, laid the foundation for the discovery through interviews and blood samples collected from the families affected with sclerosteosis.

Sclerosteosis is a severe autosomal recessive disorder in which progressive bone overgrowth leads to gigantism, facial distortion, and deafness. The skull becomes progressively thicker, causing pressure on the brain that often leads to death by middle age.1 Over the last 30 years, Beighton has defined the phenotype and formalized the genetics for this disease by documenting 60 individuals. However, he could not take his research to the next step, genetic mapping, without the financial and technological resources provided by Chiroscience.

Working with the DNA samples from Gardner's studies, Chiroscience scientist Jeff Van Ness and his team began the search for the sclerosteosis gene. They used a genome-wide scan to extract genetic markers from the chromosomes of individuals carrying the gene. Then they developed a genetic map of the region and compared it to similar maps from the DNA samples of nonaffected families. This comparison allowed the Chiroscience team to narrow the area of DNA that was sequenced in order to find the gene.

Over the last six months, the scientists have worked to fully characterize one gene on chromosome 17 that contains a single-base-pair DNA mutation; the same mutation occurs in all affected patients. It may cause gene malfunction resulting in loss of correct bone-growth regulation.

Beighton, excited that his life's work is finally realized, comments, "This venture is a paradigm for the future and is the best example yet of international collaboration."

Chiroscience will use the discovery to design a compound that mimics the action of this gene and create a small-molecule drug that can actually stimulate bone growth. John Latham, project leader, describes this approach as a drug surrogate: "The Chiroscience team was in search of a genetic mutation, which caused an effect that could be reproduced with a therapeutic drug. Such a human mutation is a surrogate for a desired drug action."

Conrad Johnston of Indiana University-Purdue University in Indianapolis, an adviser to the National Osteoporosis Foundation, agrees that this is an exciting discovery for the osteoporosis field. He says, "A number of candidate genes have been studied, but none have had a major impact on bone mass." However, he warns it is a long leap from the lab to the clinic.

Latham agrees there is much work to be done and Chiroscience has started answering the host of questions that arise with the discovery of a new gene. Protein expression and characterization will help elucidate how this gene may regulate bone growth. Chiroscience is also evaluating the gene in small animal models and cell systems.

Beighton hopes this research will also lead to a genetic sclerosteosis test so Afrikaner couples will know if they are at risk. 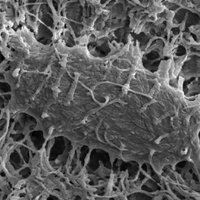 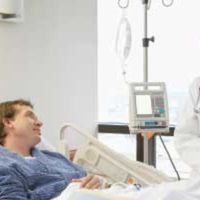