On Aug. 30 Harold Varmus, National Institutes of Health director, invited all members of the scientific publishing world to attend his version of a peer-review free-for-all. Several weeks later, it remains to be seen who will show up.

The gala in question is PubMed Central, an Internet research repository first proposed by Varmus May 5 under the name E-biomed. The renamed repository will contain two kinds of research after its January 2000 addition to the popular PubMed Web site: non-peer-reviewed work, perhaps including negative trials and preliminary data; and full-text versions of peer-reviewed papers that have appeared in other journals.

The viability of PubMed Central may well depend on how many A-list guests--high-impact, high-visibility journals such as Cell, Science, and Nature--attend. Many snubbed Varmus' initial proposal, arguing that giving their content away for free would undermine their revenue stream. Big publishers in particular, such as ier Science and John Wiley and Sons, criticized Varmus' initial proposal.1

At this point, few invitees have accepted the concept--but few have expressly declined either. Scientific societies that publish journals are still carefully considering the pros and cons of joining PubMed Central, notes Howard Garrison, director of public affairs at the Bethesda, Md.-based Federation for the American Society of Microbiology. Without the participation of high-impact players or scientific societies, PubMed Central would host only B-list, low-impact guests, thereby undercutting its credibility, notes Stevan Harnad, professor of cognitive sciences at the University of Southampton, England. However, it remains to be seen whether that will happen.

The quality of the party's guest list could go either way, notes Harnad. "The worst-case scenario is that PubMed Central just becomes a repository for the weaker journals--thereby confirming that for-free is for the weak and for-fee is for the strong. The best-case scenario is that enough good journals join in and get a big enough following from the world research community that it creates a groundswell of pressure."

David Lipman, head of the NIH's National Center for Biotechnology Information, notes that although the journal publishers control the supply of articles to PubMed Central, the scientific community controls the demand. Lipman believes that demand could ultimately provide supply. "If the scientists themselves become engaged with this new approach, then I believe many more journals will participate soon after."

So far, of the Top 20 journals in terms of impact,2 only one--the European Molecular Biology Organization (EMBO), of Heidelberg, Germany, has agreed to post its papers in PubMed, six months after their initial publication date. The American Society for Cell Biology will also post its papers for free at the site two months after publication date. The National Academy of Sciences is also considering making the Proceedings of the National Academy of Sciences available. The NAS governing council expects to announce its intentions later this fall.

Robert Schwartz, deputy editor of the New England Journal of Medicine, which criticized Varmus' initial plan, calls Varmus' revisions "a major improvement." The journal had all but ruled out cooperating with the original version, but Schwartz hints that participation may be possible, since Varmus now welcomes postings to the site up to a year after an article has been published. That compromise may keep both publishers and readers happy--and ensure that enough of each come to Varmus' party. 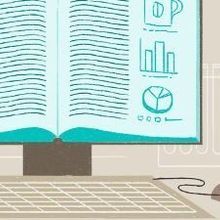