ZURICH—The twin problems of transcending national boundaries and crossing over from academic to industrial labs appear to have doomed a NATO program meant to encourage international scientific exchanges.

Begun in 1982, the $1 million program was designed to forge links between universities and industrial laboratories in different countries by using the same exchange mechanisms as those for basic science and inter-university cooperation. These include fellowships, collaborative research grants, workshops and various teaching arrangements.

While previous programs have concentrated on academic exchanges in basic science, the socalled “double jump” was specifically designed to foster international links between researchers working in the universities and their counterparts in industry and government. The program was coordinated by a subcommittee of NATO’s Scientific Affairs Division and is jointly funded by NATO, naI tional agencies and private sources.

Despite the solid financial grounding, scientists failed to respond. A cooperative program with France has been unable to... 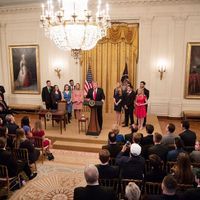