Even as gene transfer research endures criticism for inadequate clinical trial monitoring and underreporting of adverse events, the first several treatments are poised to enter final stages of development. Gene therapy for cancers of the skin and kidney, for severe combined immunodeficiency (SCID) or "bubble boy" disease, and for hemophilia B, all have produced promising early clinical trial results, attendees were told during the American Society for Gene Therapy's (ASGT's) third annual meeting, May 31 to June 4 in Denver.

These achievements have "really energized" the field, declared society president Savio L. Woo, director of the Institute for Gene Therapy at Mount Sinai School of Medicine. Then he warned, "Until the Phase III results are in, no one can say for sure that gene therapy works." In his presidential address, Woo noted that of 652 patient adverse events reported to the Food and Drug Administration (FDA) during the past decade of gene therapy trials, only 6 percent were reported to the other monitoring body, the National Institutes of Health's Recombinant DNA Advisory Committee. "This kind of underreporting on such a massive scale has become a major concern," he asserted. "In the end, it's really the patients who suffer, not the investigators," he added after the address. "We're not going to defend any of our members who don't follow the rules, no matter who they are."

Despite an anticipated $50,000 to $100,000 in increased monitoring costs per clinical trial due to tightened government regulations, Woo said in the wake of genome sequencing, gene transfer could become "as common as vaccination and prescription drugs used today."

In an earlier talk, FDA medical officer Dwaine Rieves noted that other transplantation technologies have taken much longer to develop than has gene therapy thus far. Blood transfusion, for example, required 250 years to achieve from the first published papers, and solid organ transplants took 40 years. However, he acknowledged that the recent concerns and new guidelines are likely to dampen progress. "We already have seen a dramatic slowdown in submissions of new INDs (investigational new drug applications)."

Philip D. Noguchi, director of cellular and gene therapies in FDA's Center for Biologics Evaluation and Research, expressed the agency's support for gene transfer research. "This certainly is addressing the really hard diseases," Noguchi said. He told criticism-battered scientists, "The largest pharmaceutical companies started out stumbling, just as you."

Among the first gene therapies to enter a Phase III trial is "naked DNA" insertion of the HLA-B7 gene for patients with advanced metastatic melanoma. HLA-B7 encodes for a protein of the major histocompatibility complex that stimulates immune destruction of melanoma cells. Known as Allovectin-7, the gene and accompanying DNA segments that control the rate and location of protein expression are shaped into the stable yet flexible loop of a plasmid and injected into tumors without the aid of a viral vector.

"As far as we know, Allovectin-7 is the most advanced gene-based cancer treatment in clinical trials now," said Deirdre Y. Gillespie, chief operating officer of the publicly held pharmaceutical company Vical Inc. of San Diego, which holds patents on the naked DNA technology. Data on the first 52 of about 70 planned patients in a multisite Phase II trial show that one patient completely responded and remains tumor free more than a year later, while four others have reduced their total tumor burden by at least half. Another three have experienced 25 to 50 percent cancer reduction, and five more remain clinically stable. Currently, there is no other effective treatment for such patients, who usually do not survive more than a year.

Noting that earlier work achieved promising results,1 and that adverse events have largely been confined to mild injection site reactions, Gillespie forecast that Allovectin-7 could be filed for marketing next year, after completion of a Phase III trial now being mounted with a planned 280 patients.

Another naked DNA treatment in Phase II by Vical is based on Proleukin (aldesleukin, Chiron Corp.), an interleukin-2 (IL-2) protein that has been on the market since 1992 for renal cell carcinoma. Vical's goal with its product, called Leuvectin, is to match Proleukin's 16 percent response rate without the latter's toxicity at full dose. Subjects are categorized as either good or poor risks for response, based on the extent of their kidney disease. Analysis of the first 37 of 61 patients showed that in the good risk group, nine of 21 improved, although none of the 16 in the poor risk group responded. Leuvectin appears to be safe and well tolerated, and higher-dose studies are beginning.

A star presenter at the meeting was Alain Fischer, head of pediatric immunology-hematology at Hôpital Necker-Enfants Malade in Paris. He reported on the so-far complete cure of four young children suffering from SCID-X1, an X chromosome-linked member of the SCID disorders that is characterized by an early block in T-cell and natural killer (NK) lymphocyte differentiation. Fischer's group used a retrovirus-derived vector to deliver normal cDNA of the *c gene, which is mutated in the disease, causing the malfunction of several cytokine receptors involved in signaling lymphocyte progenitors.2 The goal was for the normal gene to provide a tremendous expansion of T cells that could last for years, theoretically by exerting strong selective pressure on lymphoid progenitors.

Without treatment, SCID infants die within a year of infection. Although bone marrow transplants have a 60 to 65 percent chance of cure, survivors usually retain some form of immunodeficiency. After years of preclinical studies, Fischer's team harvested hematopoietic stem cells from the bone marrow of five SCID-X1 patients ranging in age from one month to nine months. The cells were incubated with the retroviral vector carrying the gene, then transfused back to the children. After 14 months, the first patient is normal with no other treatment, as are three others whose follow-up has been shorter. Outcome remains undetermined for the fifth child, who had severe infectious complications at the time of treatment.

"Maybe this or a better technology could be used to treat other diseases," Fischer mused. His next step is to treat possibly six more SCID-X1 patients, then extend the therapy to related mutations that also cause immunodeficiencies by interfering with establishment of T cells. He said follow-up of the first patients will continue every three months for life, explaining that the vector might prevent gene transcription and subsequent production of new proteins, or the targeted infected cells might have no self-renewal capacity and a short lifespan, which also could prevent T- and NK-cell regeneration.

Woo applauded Fischer's work as providing "the first evidence in principle that gene therapy can be effective." He later described the results as "nothing less than spectacular."

Another lauded investigator at the meeting was Katherine A. High, research director in the hematology division at Children's Hospital of Pennsylvania (CHOP). Her team long has collaborated with researchers at the University of North Carolina, Stanford University, and publicly held biotechnology company Avigen of Alameda, Calif., to use gene transfer for treating hemophilia. The disease is caused by mutations in genes required for generation of clotting factors F.VIII in hemophilia A and F.IX in hemophilia B.

High and colleagues made the first attempt to inject an adenoassociated virus (AAV) vector into the skeletal muscle of human subjects. The vector, which contained the gene for F.IX, produced safe and successful gene transfer and expression for the first three patients in a Phase I/II trial.3

"Circulation of clotting factor in the blood correlates well with clinical phenotype," High pointed out. Maintaining levels in the blood of greater than 1 percent at all times will prevent most of the disease's joint damage and life-threatening bleeding complications, as demonstrated by the conventional treatment of intravenously infused clotting factor concentrates. Although the study's first three patients were on extremely low doses, one of them did achieve factor levels above 1 percent, and another rose modestly but did not reach 1 percent. Those two people also significantly reduced the amount of clotting factor they self-administered during the trial, a "soft" indicator of improvement.

Infusion of protein concentrates has several drawbacks. Clotting factor has a short half-life of eight to 12 hours, which decreases throughout the patient's life. Also, the method is expensive and inconvenient, and tissue damage continues. Perhaps worst of all, the risk of transmitting viral bloodborne diseases through infusions has made AIDS and hepatitis the number-one and -two causes of death, respectively, in hemophilia patients.

"If there ever were a population who had a right to be reluctant to try gene therapy, they certainly are the ones," High said after her presentation. She noted that three other patients in the escalating dose study now have been treated, but recruitment of subjects for the high-dose cohort has been slowed by teenager Jesse Gelsinger's death last fall, which occurred during a University of Pennsylvania gene therapy clinical trial. Data on the first five patients in High's trial show no evidence of toxicity, or antibody formation that would inhibit the transgene product, or vector sequence germline transmission that could infect offspring.S

Steve Bunk (sbunk@uswest.net) is a contributing editor for The Scientist. 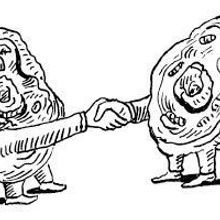 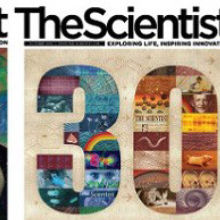 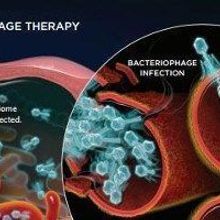