Some say it takes a village to raise a child. Michael V. Sefton proposes that it will take a world to build a heart. Sefton, a University of Toronto chemical engineering professor, leads an international effort called the Living Implants from Engineering (L.I.F.E.) Initiative, whose goal is to create a bioengineered heart in 10 years. To meet that mark, participants must grapple with a host of scientific concerns and more mundane matters. Research questions that must be resolved range from choosing between a natural and synthetic "scaffold" on which to graft the separately cultured parts to controlling cellular differentiation and vascular growth. Practical problems include divvying labor, finding funding, and negotiating intellectual property and spin-off company terms.

Although many scientific and practical issues remain unresolved, both science and practicality remain inextricably linked. The answer to each, Sefton believes, is communication and cooperation. Communication among partners will help avoid redundant efforts--which is often the case now, he states. "People are doing the same kinds of experiments," Sefton notes. "And making the same mistakes."

Without formal cooperation, the project will likely lag. L.I.F.E. calls for each lab to work on one separate part, such as a valve, or a specific problem, such as learning how to culture muscle tissue. "It needs to be scientifically rigorous and multidisciplinary to develop," Joseph Vacanti, Massachusetts General Hospital transplant surgeon, commented when the project was boosted at the American Association for the Advancement of Science annual meeting earlier this year. The project requires cellular and molecular biologists, biochemists, engineers, and clinicians working closely together, noted Vacanti, who is a clinical adviser to the project. Robert Langer added that the project is simply too large and too complex for any one university or even any one country to complete alone. "None of us could tissue-engineer a heart [alone]," commented the Massachusetts Institute of Technology chemical engineering professor, whose current contribution involves growing a rat heart muscle on a polymer scaffold. The bladder, a mechanically simpler organ, has been successfully bioengineered and implanted in six beagles, which may bode well for the more complicated heart experiment.1

Although partners now include scientists and labs in the United States and Canada, a few in Europe, and one in Japan, Sefton admits that not enough partners are yet on board to construct all the parts of the organ or solve many key problems. "The network needs to expand. We need to define better what the capabilities are in Europe and Japan."

"It's certainly not a complete team," Jeffrey Hubbell, professor of biomedicine at the Swiss Federal Institute of Technology in Zurich, Switzerland, agrees. Hubbell remarks that more countries must join the effort, and more areas of expertise must be included. Hubbell's lab is developing a biodegradable matrix on which to graft the heart's different tissue types. "We work on degradable polymer systems that are biologically active and control how cells can assume an overall shape and generate an overall morphology."

Other labs may try to build parts without such a scaffold, or grow tissue from embryonic stem (ES) cells, or combine ES cells and polymeric scaffoldings. But neither the science for these approaches nor the team members to develop them have materialized sufficiently, jeopardizing the project's 10-year goal. Attracting ES expertise to the project could be especially important. The ability to culture pluripotent cells could give tissue engineers a single source for multiple tissue types and also could theoretically ameliorate immune response, by enabling engineers to grow a heart from the recipient's own stem cells. Indeed, stem cell engineering may make the L.I.F.E. project more feasible, hints a recent commentary cowritten by James Gearhart, a professor of gynecology and obstetrics at Johns Hopkins University School of Medicine in Baltimore. Gearhart, who is not participating in the L.I.F.E. Initiative but led one of two teams in first successfully culturing stem cells,2,3 says: "Although it is likely that human ES cells form various cell types and simple tissues, their capacity to build complex organs in culture is completely unexplored. The judicious exploitation of cell and tissue interactions and the use of extracellular matrixes should eventually enable the production of complex organs such as the kidney or the lung."4 However, no lab has yet unearthed a way to control differentiation--an essential step for engineering tissues and organs from ES cells.

Sefton hopes that with enough partners from different countries on board, the project can receive more solid funding. "We're expecting the funding to come through the various governments." That, in turn, will boost support in the United States and Canada, Sefton anticipates: "It's politically better if there are other partners." Hubbell notes, too, that the $5 billion price tag may be more palatable divvied up among nations than subsidized by one or two governments. But it may still be a tough sell for some countries. "It may be difficult to generate enthusiasm from different governments for coordinated funding."

If more countries do enter the project, the role of culture and politics will grow. "The European money is heavily politicized," notes Hubbell. Issues of nationalism could come into play, as well as different stances on biomedical ethics. For instance, Switzerland doesn't allow transplants into primates, and the United States, until recently, didn't fund ES research (a reversal now being protested by several conservative members of Congress).

If more countries fund the project, as Sefton hopes, agreements must be formed about who owns what technology and how each country will benefit. "How you work across countries, of course, adds complexity," Sefton notes. "We need to define comparative spin-off benefits." Those benefits are being considered now, Sefton comments, stressing that such agreements must be formed early, before individual companies and countries begin to benefit from the technology that will likely arise from a combination of countries and labs. "You have to agree up front. Once there's money on the table, everyone gets stupid."

Political differences could also hinder those agreements. "In some countries of Europe, it's impossible for an academic to develop a spin-off," Sefton states. "Those cultural gaps are going to be important." Proportionately generating spin-offs to each contributing country should not cause difficulty for the countries that allow such companies, writes Robert N. Nerem, in response to an E-mail query: "The spin-off companies will be based in the countries of those who actually generate the intellectual property. Thus the proportionality has nothing to do with the distribution of researchers between countries, but [with] which ones actually generate intellectual property." Nerem, the director of the Georgia Institute of Technology's Atlanta-based Parker H. Petit Institute for Bioengineering and Bioscience, adds that the L.I.F.E. initiative will generate more companies around the world. "...[T]his technology is now becoming very global in nature. I believe that the L.I.F.E. initiative should not focus on the specific products themselves, but rather on the core, enabling technologies. It is these core, enabling technologies which will result in spin-off companies."

Hubbell, too, suspects that international licensing agreements will eventually arise. Computer chip manufacturers, he notes, have managed to license technologies from dozens of companies. The patent agreement for each part of the heart--he estimates that about a dozen will emerge for a single heart valve alone--could be approached in a similar manner. Still, building those agreements--more so than building the physical parts--may well be one of the more complex aspects of the project. "Sooner or later you end up with all the pieces that are necessary," he concludes. "The challenge is putting it together in a business sense." 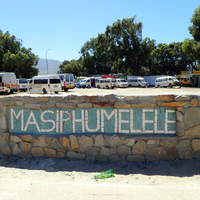